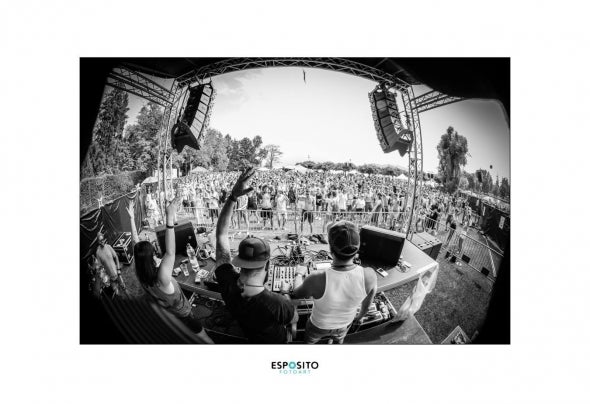 Labels : Lemon Aid Music / GO DEEVA / ME!Recodrs / Klaphouse Rec. / Superstitious / thebrothers / RAWLS MusicBiography :The native Italian discovered his love for music already during childhood. In the early 1990s, Marco aka “Marc Rumour” started experimenting with electronic music, at a time when House music from Chicago conquered Europe. Marc discovered his love for the House genre at a party in Zurich, spending hours near the DJ console and observing the DJ’s work with awe. Completely taken away by the magic emerging between the DJ and the party people, it was clear to him at that time: He wanted to do that, too!By buying his first piece of equipment including vinyl, he was on his own way in the musical scene, securing his first booking at the legendary OXA Club in Zurich in 1995. Marc Rumour has been a DJ / producer and event organizer ever since. Between 1995 and 2010, his club portfolio includes venues such as OXA, Q Club, Kaufleuten and Säulenhalle in Switzerland, as well as Baia Imperiale and Coccoricò in Italy.In 2012, he founded “The Rumours” project together with his longtime good friend Mirco Esposito, an accomplished DJ and recognized music producer. As The Rumors the two produce musical pearls such as ROOTS EP, released on the label GO DEEVA. Further productions by The Rumors for the labels The Brothers Tracks, ME! Rec. / Superstitious and Klaphouse Records are underway, with several new tracks by Marc Rumour as an individual artist.Both Marc Rumour and The Rumors are well established in the electronic music scene, delivering explosive DJ sets and innovative productions supported by global headliners such as Marco Carola, Paco Osuna and Richie Hawtin. Marc’s own party series “Underground District” takes place monthly in Lucerne, Switzerland. The party with international guest acts is a guarantee for finest electronic music culture – an established event of the Swiss nightlife scene drawing an ever increasing crowd of party people.