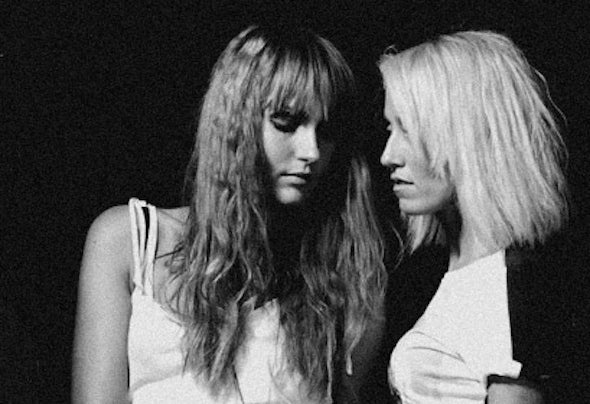 Best friends since childhood, Anëk originate from Copenhagen, Denmark and are the first female duo to be welcomed to the exclusive VIVa MUSiC roster. With over 10 years of experience DJ’ing and producing under a different alias, Karina & Denise, who now reside in the UK, are far from unexperienced in the house music scene. From a young age the two friends found their passion and calling in electronic music, and from 2001 have wasted no time pursuing a career doing what they love most. Anëk’s introduction to house music fans came with their inclusion in the first VIVa MUSiC Be-At TV podcast in February 2012, sparking initial interest in the highly talented duo. Their back-to-back playing emanating energy, dynamics and an all round uplifting house vibe. The first release from Anëk "Time Is Now" came out on vinyl on the Ibiza based label Chronovision and will be followed up by their, yet to be released, track "This World" featuring vocals by house legend Robert Owens and including remixes by DJ W!ld, Lee Brinx and Veitengruber. Their track "Come Out To Play" became the VIVa Warriors parties 2012 anthem and was exclusively played all summer by Steve Lawler and has now been made available as a free download in collaboration with Mixmag. Currently working in the studio on various productions, their first release on VIVa MUSiC will see their standout track ‘Girltalk’ as part of VIVa MUSiC’s 100th EP. The VIVa100 EP embraces all key VIVa MUSiC artists, including Steve LAWLER, Darius Syrossian, LEON, Livio & Roby, Julian Perez and more providing forward thinking productions for a very special release. This summer of 2012, FACE, the number one promoters of underground house in Birmingham (UK) welcomed Anëk with open arms to play alongside Tiefschwarz, Darius Syrossian and Santé at a VIVa MUSiC vs Souvenir party and Anëk also played at Sankeys, Ibiza as part of the VIVa Warriors Residency during its closing party.