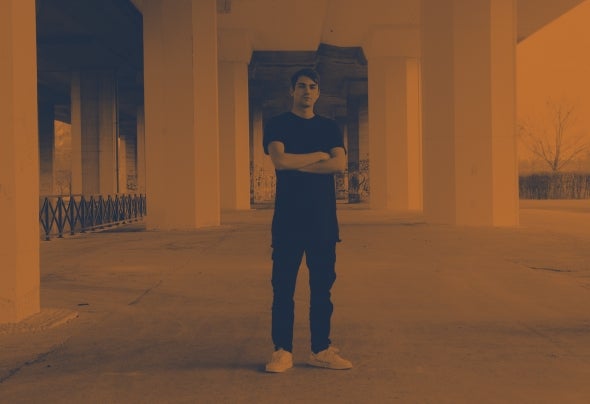 Phill Prince was born near Venice. His dedication to mixing records and searching for music selection becomes a crucial part of his life so much that Djing becomes one of his main activities.his DJ sets begin to be heard in the area and this bring him to play in different realities of the Venetian area such as Tag Club (Mestre, Venice), Night And Day (Noale), Altavoz (Venice), After Caposile (Venice),Showroom (Padua), Refresh (Castelfranco), Hyper (Vicenza), Blackcode (Padua),Roov (Venice),IlMuretto (Jesolo) and many others, becoming one of the most successful electronic scene DJs in the Veneto area.In 2018 he created a new format called "In.vase", a tech-house party based in the church of Venetian clubbing: The "Tag" Club, proposing a line of young but internationally established artists who share the decks with him, such as Antonio Pica, Roberto Surace, Felipe Cobos and others. Also in 2018 the fruits of his work in the studio take led to publishing several songs in various labels such as Chichi Music, Pure Enjoynment Records, Miaw, as well as forging important collaborations such as crew of We Are Family London, establishing themselves on the national and European scene. In 2019, with another partner, he created "Pellegrino", a format that comes to life at the Apollo club in Milan where Phill performs throughout the night, presenting himself to milanese crowd with long sets ranging from minimal to tech-house.For the 2019 summer season he decided to move in Ibiza for being at centre of the electronic music organizations and he collected 3 In.vase Showcase at Tantra Ibiza , 1 show for Unusual Suspects at Octan club and different after parties all over the white island . Meanwhile Phill Prince starts a collaboration with the Brand Numero00 for the realization of “Salotto 00”, a streaming radioshow in the store who brought this summer on the decks artist like Phill ,Paco Osuna , Leon, Latmun,Luca Donzelli,Jean Pierre and many more ..