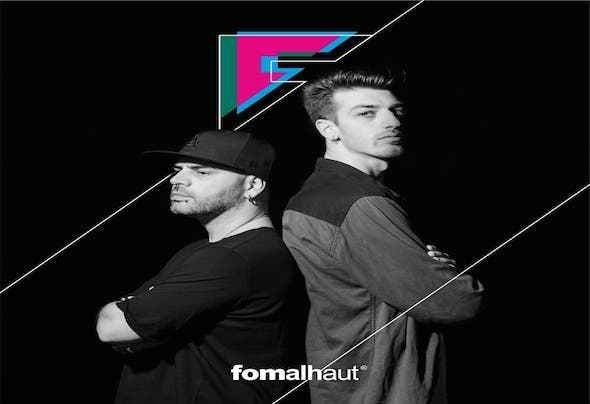 Fomalhaut is the new musical project formed by Dani Holl & Genny Effe in 2018. The two guys, sharing the same passion for music, have finally began recording together with the new single AKA. They grew up as dj, producers and promoters for several years interesting to a fusion of cutting edge sounds and old school house roots. The result is a Tech house full of sounds, with grooves composed by drum rhythms and vocal samples. They are masters in the art of sampling and often use short riffs of hits from the past in their songs. 'Get Enough’, released for Pirupa’s label 'NonstopDISABLED’, is a clear example, followed by other 'Master Pieces' on La Pera records, Lapsus, Klaphouse, Happy Techno music ... just to name a few. The DJ set is perfectly in line with their productions, due to years of work and research on vinyls. They showcased already in many Italian and international shows, and clubs such as 'Angels Of Love' (Naples), 'Old River Park' (Naples), 'Too Long' (Milan), 'Circolo degli Illuminati' (Rome ), 'Mandarino club' (Taranto) and regular guest for #NeverEnough (London). In 2017 they created ‘Upside’, an itinerant concept of parties, with the aim of sharing with the crowd a full show handled by them.Modifica