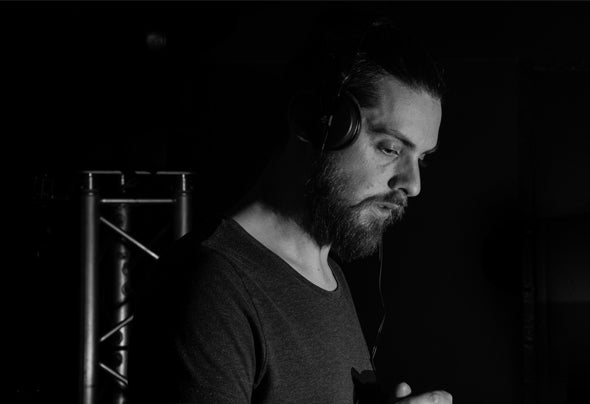 Born in 1985, he raised in Paris. At the elementary school, he is pupil at the Consevatory of Paris where he attends a courses program "music/school". At the age of 11 he studies piano Jazz. Then he coutinues to play piano and guitar (classical), he composes. In 2008, he starts to produce tracks on Ableton Live. At the end of 2009 a trip to NYC drives him to start DJing. From then he’ll play on turntables but always giving the priority to production. In 2010, he produces a lot with Logic and asserts his preference to Deep House. By the end of 2011, he sets up the label AYABOmusic with Ayité. He will meet many artists who will become soon real partners for production and DJing. He launches on 2012 the parties "Seep Sessions" and "Do You Speak House". He plays monthly in places in Paris : Chez Moune, Le Pigalle Country Club, La Terrasse du Batofar, Les Agités, Le Lab, Le Yono, La Karambole, etc. After ending of the collaboration on AYABOmusic, he starts his own label on January 2013 : 324 Records He forms a new catalogue with the artists who follow him (Charles Bohmann, Emmanuel K et Kryztof Geldhof) plus new collaborations very promising.