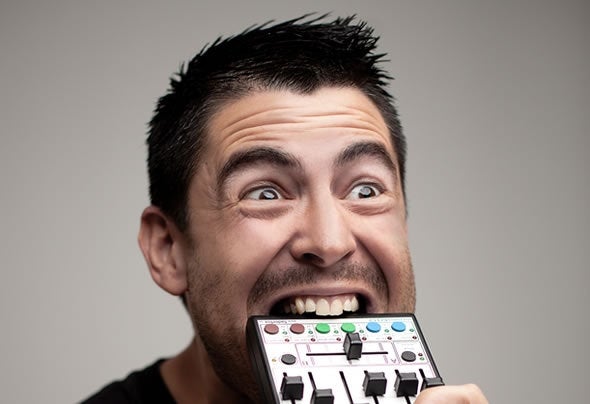 Techno veteran Justin Berkovi has been undergoing something of a renaissance of late. Whilst cemented in the techno history books with his classics on Music Man, Force Inc, Djax up and Harthouse back in the day Justin has returned to the fore with a slew of killer releases and live sets.Having dropped some big remixes recently for the likes of Cocoon artist Mark Reeve and Soma's Pig & Dan, Justin's superb new album MONDRIAN is released in September 2012 on TRAPEZ.Refusing to be pigeonholed Justin straddles the dark brooding purposeful world of techno alongside the mesmeric beauty of his deeper, more introspective tracks. His material over the past year has seen support from Adam Beyer, Technasia, The Advent, Dave Clarke, Dubfire, Chris Liebing, Ben Sims, Shake Shakir, Claude Young, Wehbba, Pig & Dan, Mark Reeve and many more.Justin’s live sets have taken him all over the globe from the most intimate of clubs to the largest of festivals. Some clubs and festivals played: Tresor, Berghain, Womb (Tokyo), Ministry of Sound, Ambassada Gavioli (Slovenia), Rex (Paris), TLV (Tel Aviv), Amnesia (Ibiza), Dancevalley (Holland), Nature One / Liberty One (Germany), Love Parade (Berlin), I Love Techno (Belgium), 10 Days off (Belgium), Fuse, Florida 135 and many more. He’s not only worked dancefloors but has created experimental electronica (Charm Hostel) and produced a Peel Session for the late John Peel as well as being one of the few techno artists chosen for the Kats Karavan John Peel tribute album.