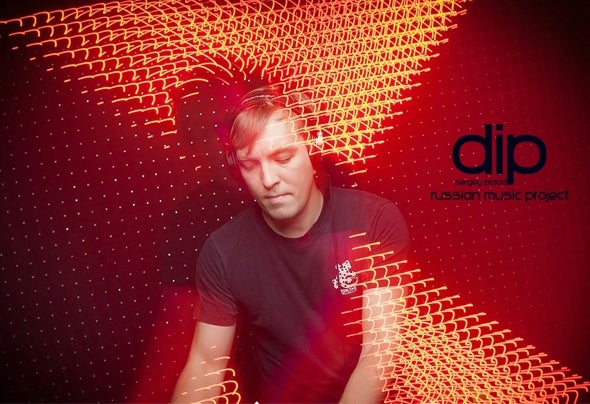 DiP project was founded in 1997 by two ambitious young musicians Sergey Placid (Sergey Stanovov) & Sergey Bobrov. Their first officially published track was a composition called “Come Back”, which was a part of a compilation “Discotech – progressive house”, released by the “Grand Records” (RecordsMen) - company in Russia in 2001. The project had got the opportunity to take part in this compilation because of the support of one of the founders of “Solaris Station” Russian music label EDM producer Eugeny Rodionov.Dip had produced more than 15 releases for 15 years in cooperation with such labels as: Sobol tunes (Solaris, Germany), CD Land (Russia), Lamez (Russia), System (USA), Pitch Music Publishing (Russia), Cobalt (USA) etc.The project had many Russian EDM performances and had been taking part in different EDM events and festivals. One of the most significant events was a Kazantip EDM Music festival in 2005.At the end of 2007 Sergey Bobrov had to finish his musical creative activity, so the project had fallen apart.In 2008 Sergey Placid in a cooperation with Vadim Novikov started a new project, called JINR. Their first LP was released in Germany by Sobol Tunes. Some of their works were also republished as a part of such German music compilations as Budenzauder, Buddha Grooves etc.In 2009 the project released a single Space Craft at System label, USA. The work called “Find Me” later had got to the chart of the famous Australian Dj TyDi (top 100 World Dj).Unfortunately JINR project had fallen apart in 2012. Now Sergey Placid (Sergey Stanovov) decided to resurrect DIP project to present previously unreleased music and new works.