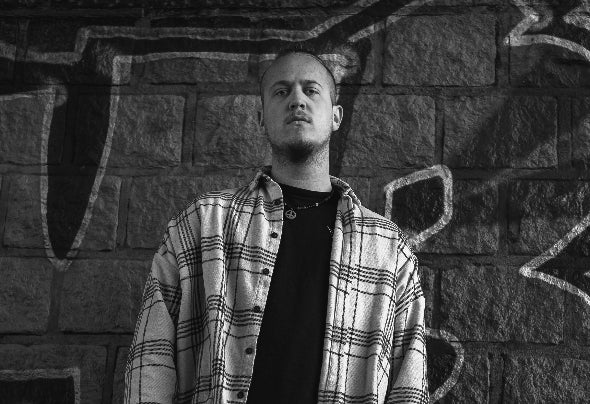 A fresh breeze on the techno scene, DYEN appeared out of nowhere in 2017 and has since then molded a niched space for himself. Foraying into production at age 17, he got signed to do his debut release two years later. Born and raised in Rotterdam, it’s fair to say that Holland’s number one rave city has had huge impact on the young producer. The oldskool 90’s gabber and primary hardcore influenced him early on in his career and still continues doing so. “Growing up I discovered these incredible kicks, vocals and super-catchy synth lines. I use them, but with more powerful kicks and drops” – listening to DYEN’s releases, these words makes complete sense. He reshapes and interprets the past into something hyper modern, individualistic and raw that he calls “neorave” or “old school hard techno”; relentless punching kicks ghting for space with aggressive stabbing trancey synths; giving way on the dancefloor for something new and distinctive. With over two handfuls of releases under his belt since 2017 via labels such as Possession, EXHALE & Filth On Acid, DYEN is safely cementing his presence in the harder realm of techno. When DJing on the mainstages of important festivals and clubs on a global scale, neo rave and gabber continue being two of his main ingredients. DYEN likes to mix them up with old hardcore and industrial records, teasing and playing with the audience. Building from a “softer” start of 140 bpm and taking it further, pushing himself and the audience, focusing on captivating and translating a purer, exposed and explosive energy. Something he is also making into a trademark are his “DYEN Edits”; sharpening his personal treasures and gems, through his unique gaze he updates and modernizes, turning the tracks into fresh- sounding stomping weapons.