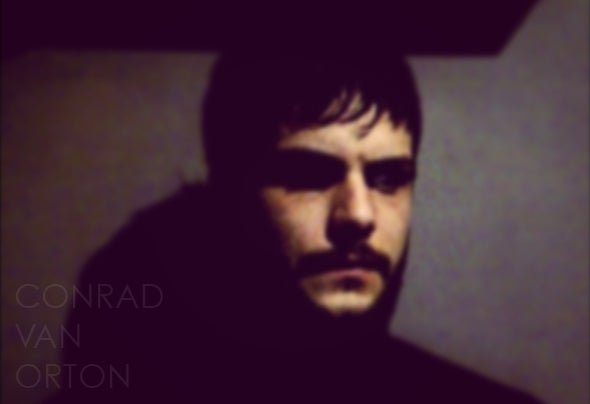 Conrad Van Orton born in Rome in 1985. His real name is Andrea Zanchetta, and his aka is a Fincher's "The Game" tribute, and a tribute is also the one that gives the name to the label he opens with his partner VSK aka Francesco Visconti: the Consumer Recreation Services Recordings. Since he was just a boy, CVO always been interested in djing, focusing on scratch, and for this reason he follows both the electro music and the Italian rap evolution in the later90's. In 2000, when he's fifteen he totally goes clubbing, which he anyway followed since Daft Punk's "Homework" album and the purchase of the first Technics' turntables. After some arrangement year between several kind of electronic club-oriented music as House, Italian Progressive and Elcectro House, he identifies in Techno and Minimal Techno his real music personality, also thanks to the rising friendship with VSK. In 2006 they starts to work together in a studio but job, issues and "life stuff" obstructs the project finalization. At the beginning of 2010 some law issue, after a short period in jail, forces CVO to stay several months locked in his house. Here he starts to work on a lot of project, improving his producing technics and focusing all the blue mood, the rage and frustration in the music he creates. The anger, the will to evade (literally), the growing sense of heaviness raised just from the chance to make music every time he wants and all the obstacles he finds on the way to freedom will become his life thread and "main topic" of his sound. Soon his touch becomes darker, industrial and with a definite negative mood. The absence from live clubbing allows him to start an introspection and self oriented path regarding the music he picks for the dj-sets he records in his room, that will be his personal prison until November 2012.