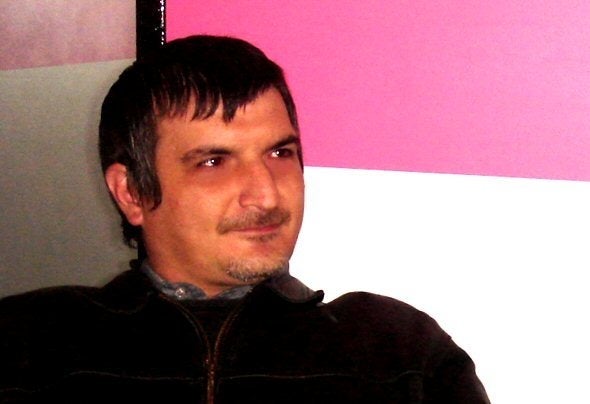 Class 1975 Omar Serarcangeli born in Ancona and back to Lecco with his family when he was two years old. He started writing songs and music in 1989 inspired by british pop of ’80. Since earlier ’90 to earlier 2000 he was leader of an electro-pop band for which write and produce songs and acquired experience in sound- programming and arrangements, as well as keyboarder and singer in several local of the area, project concluded later in 2008 with a self-pruduction album. Since 2002 t ill 2011 worked as direct or and speaker in a local radio and later in 2006 as deejay proposing electro-house, club-house, electronic, lounge, chillout in Lecco’s public and private places. Giorgio Rusconi and Omar Serarcangeli meet eachother in 2009 and start their artistic fellowship in techno and minimal-techno musical production, starting from their fisrt issue on January 2010, they've got in active more than 60 releases between EPs, remixes and various artists compilations, that took them more than once in high position of Minimal &T echno Beat port 's T op 100 Chart . Their t racks have been released from important labels of international scene and remixed by important djs of the musical sector.