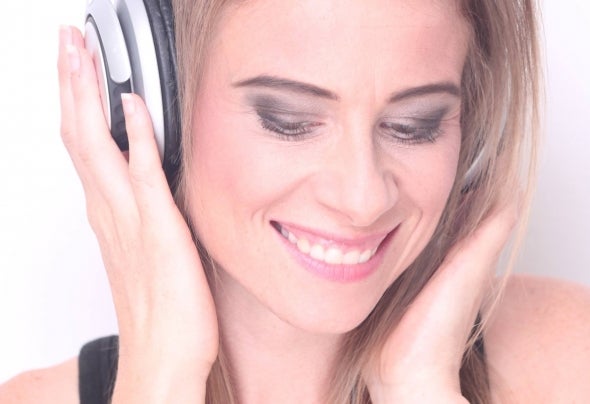 MISS GROOVE is an outstanding and highly skilled Djane from Hungary.The beginning of her work goes back to the beginning of 2001. As a musician and promoter, she helped to organise several events. This gradually helped her to open the doors of many big clubs and events in Hungary.She was playing music in many places, where she also met world famous musicians, like La Di Da, Misa Salacova, Sven Wittekind, Oliver Ho, Viper XXL, Ivee, Luigi Madonna etc. This success was also the springboard to foreign countries, such as Germany, Austria, Croatia and Slovenia, England. After 2009, she started to create her own songs, so she became part of the music industry also as a producer. It didn’t take much time for her first appearance as a producer. Her first album, ‘Sounds in my Head’ was born in 2010. Later, she published even more albums and songs to. As a result of her work, she was recognised by the leader of the Airsound team, who was organizing the Skyfield party series in that region at that time. On the first event, she was introduced only as a guest musician, and in the following years, she was elected to be a member, so she was working there also as an organiser. Now, she works as a program organiser to and serves music to her fans as a resident DJ.