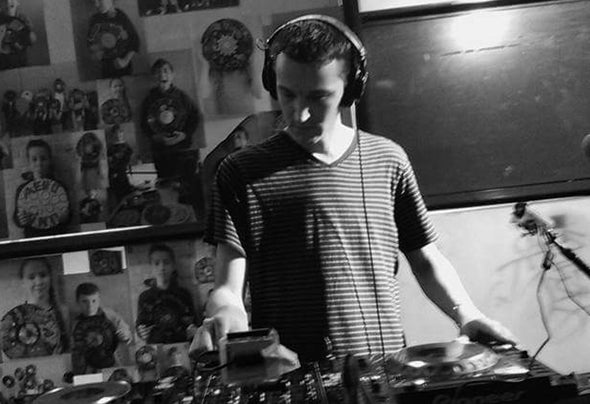 Kony Donales, born in Lille in 1982, immersed in music froman early age.He grew up to the rhythms of musical revolutions in a region where "Acid New Beat"is on every radio station.He discovers the mix in 1998, and lack of resources, will make its first combosusing lightly trafficked K7 decks.In 2002, he won his first dj contest (The Eclipse, Verton, Fr). That same year, turning a record store, he met another heavy sounds passionate, Greg Dee.Together, they deposit mixtapes in local radios and after a few trialsobtained in 2004 a techno broadcast on Radio Galaxie: Eclectromix.In 2006, he joined the web station Mixxradio with which he will work for 5 years.Eclectic, he regularly plays as guest in the area clubs (Escape Concept; VIP Pulse Factory ...)In 2011, he officially launched in the composition with a label (Cayden rec) anda 1st album Techno-Trance in collaboration with Syltraxx: Sylkony V1.0.2012 will be a year for the prolific duo Kony / Greg Dee: the output of a second LP, Pasta Tracks resolutely Techno, 3 new broadcasts(Stories Of Jump on Industry Mix, DnDee Loud Experience on B-Mix.fr and 3Harderzz on Galaxie Fm with Dj Seak) and their concept "Private Techno Party"2013: join the Fanatek team, releases on Cayden & Naked Lunch records.