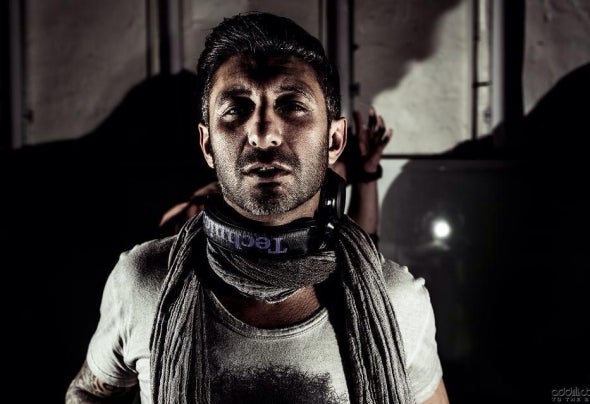 ACME was very early love of music. The age of 15, he gained musical experience in a band in which he played drums. As in 1994, the band broke up, he sold his drums with a heavy heart and from there vinyl became his great passion. 1994, where he started to organize parties and the year. In 1996 he got his first resident job in a house and techno club near Trier, where he replaced two to three times a month. ACME 1997 produced by Martin Lundin from Sweden, his first record, "I like base," which was published in London in the prestigious English label Crystal Clear. In October 1998 he began to work in night cafe .. Rick's in Trier on. There he lay on, among other things groovy techno, which manifested his love for this music. He was also responsible for booking artists. With deejays like Marusha, Steve Mason, Westbam, Natalie de Borah, Toni Rios, Sebbo, Massimo, Tomcraft, Chris Liebing, Tom Novy, Future Funk and a few more, he put on at this time. From 2002 to 2004 he was a resident of the Empire Club in Trier. There he was responsible for the bookings again. In 2004 he moved to Kaiserslautern, where he found fast connection to the scene. He was resident at the time Ludwigshafen and hosted there once a month for his own event Minimum electronica. He supportete Thomas P. Heckmann on his tour of Germany and began to work intensively on his own tracks in the studio with Christian Heid. In October 2005 Christian ACME founded the label Heid auditory signal boards. The first releases were not long in coming. So the pieces "soul", "Rokko" and "Hanging" were published. ACME started in 2006 in Kaiserslautern to organize various events in different locations and produced continue with his studio partner tracks for his own label. In 2008 he released with Christian Heid mix CD "Sweet Sixteen". The subsequent CD release tour was a great success. The CD was presented in clubs throughout Germany. Since 2008 ACME organized the event together with Marc germ Stadtgeflüster and Waldgeflüster Open Air He invites monthly nationally and internationally known artists on this party. So there played in the past few months Sweet N Candy, Marcus Meinhard, DJ Emerson, Sasch BBC, Stefano Libelle and many more. ACME is currently already in planning the next event. Since January 2009, will be held once a month, the minimum Electronica event in the locality Copa Lounge. Since February 2009, when the artist is ACME Label / Booking / Event Agency HertzMusic & Hoersignal Digital in Kaiserslautern. Also in the next releases will work vigorously again.