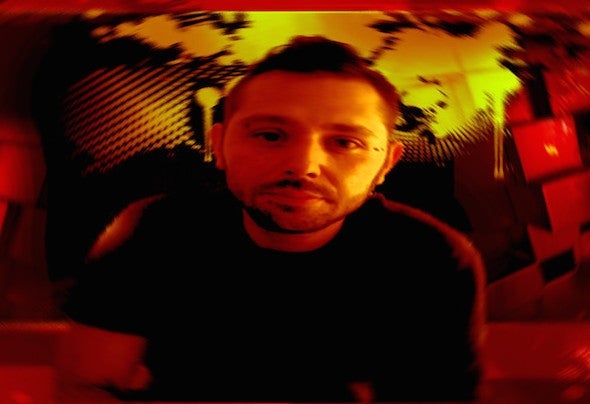 This electronic music enthusiast started mixing and experimenting with music in his teens, and has imposed his style in perfect harmony with his public’s expectations ever since. He has perfected, personalised and refined his technic by playing in numerous clubs. Equally at ease on turntables or any other medium, his sets are versatile and daring.DJ NEVER DIE began his career in the hardcore movement in the late 90s. He is well known for his natural talent and ease with all things technical, which have enabled him to make a name for himself mainly in Switzerland, but also in Germany and France. After bringing many dancefloors alive in clubs in Switzerland, he started organising events. This coincided with a radical change his music style.In 2005, he started to sail towards other musical horizons, which led him to discover "Minimal Techno". His consequently aroused curiosity, boosted by his passion and love of music, made him persevere in this direction. Having found the style that best matched his personality, he continued to explore and work with this kind of electronic music.DJ NEVER DIE shares his passion with the public , by frequently releasing promo mixes of dynamic and captivating sets, while performing in many clubs and festivals in Switzerland and abroad.You can also listen to his music on the net, where he where he frequently plays as resident DJ on various webradios tations .DJ NEVER DIE has graced the decks with his talent in various locations such as:Kit Kat Club / Berlin, Studio / Strasbourg , Kilkenny / Dijon , Interface Club / Lyon , D Club / Lausanne, Biella Factory / Bienne , Mythic Club / ! Fribourg, RKC / Vevey, Sphinx / Martigny, ... Not to mention Electroziles Festival / Sion , Synergy Festival / Payerne , Outface Festival / Payerne.He has shared the stage with international DJs such as Barem, Industrialyzer, Gayle San, Alan Fitzpatrick, Gabriel d’Or & Bordoy, Robin Hirte, Spartaque, Citizen Kain, Alex Di Stefano, Angy Kore, Avrosse, Dani Sbert, René Bourgeois, Louie Cut, Ezikiel, Mirko Loko, Dj Green, Manon, Daniel Chavez, Olivier Lacroix and many more...Today DJ NEVER DIE is always humble and discreet, but his passion for the techno culture is limitless. In addition, he has added a string to his bow by starting to produce his own music.Creator and organizer of the famous " Techno Techno Or Not " events, he has welcomed many renowned artists in various clubs in Switzerland.