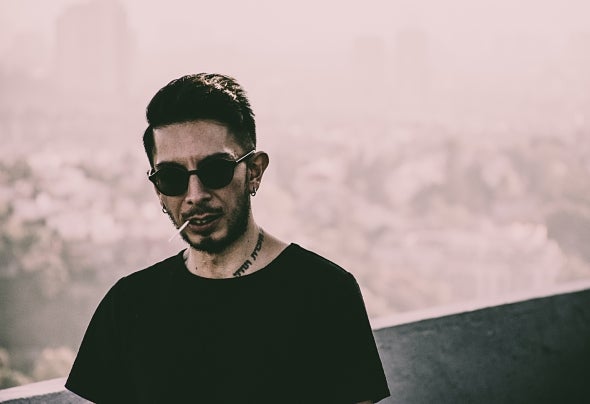 The winner of the “Best Beatport Minimal Artist 2009” award, Alex Young, is the first and only producer in the Spanish-speaking world who has managed to obtain such great recognition. Born in Colombia, it was shortly after, in 1991 that he started playing with cassettes, vinyl, and CDs – music of every style and era that you can imagine.Thanks to the genuine love of seeing the dancefloor explode with energy, he’s had the opportunity to travel far and wide throughout all of the Americas. Taking his groove and energy with him, he’s made people dance in legendary cities such as: New York City, Buenos Aires, Rio de Janeiro, Santiago de Chile, Phoenix, San Jose, Guatemala City, and Mexico City, where Young, himself, actually resides. It was in this bustling city, where he decided to become a Mexican; not just with a change of passport, but by truly feeling like he belongs there, in his heart of hearts.What can you expect when you see an Alex Young performance? An eclectic, classic DJ who takes lessons from the “old-school”, while moving fluidly between genres such as Minimal, Tech House, and Techno, coming and going in no particular order, yet making their presence known at just the right moment.His productions have transformed into references and even trendsetting styles not just in Latin America, but in the entire world. It only makes sense, then, that A-team artists such as Sasha, Josh Wink, Richie Hawtin, Supernova, Deadmau5, Roger Sanchez, Noir, Neverdogs, and Marco Carola have trusted in his tracks, and have made their sets even more unique and outstanding with their inclusion. You can find his music on labels such as Ministry of Sound, Noir Music, Transmit Recordings, Nervous, Stick Recordings, Agile, Anture, and even his own label: Techno Inc., which focuses on showing the wide variety of styles within the techno umbrella.