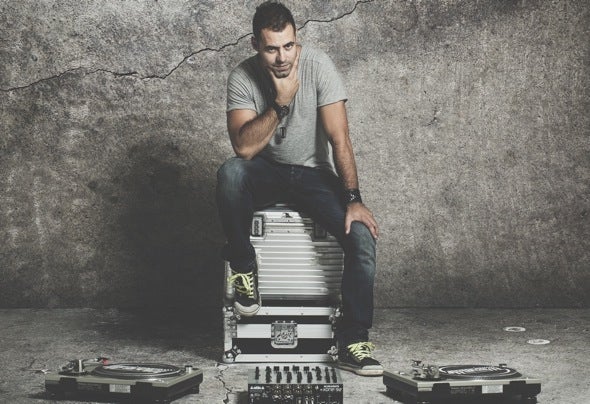 Lluis Ribalta has lived in Electronic Music since 1993 with classic techno influences. He began his career when he was very young, becoming part of the electronic music's professional world, making courses and workshops for DJs and producer as a teacher in his hometown. He was also for several years Press-Editor for culturanocturna.com. He is the owner of "Music and Multimedia Association" and "Am +" (DJs, Event Promoter, Music Producer, VJs), organizing events each year with world class Djs such as: Derrick May, Stacey Pullen, Francesco Farfa, The Hacker, Pascal FEOS, Valentino Kanzyani, etc ...His music, mainly published on the prestigious Gate Null Recordings, has been charted on the most important stores such as Beatport, Trackitdown, Juno Download, and by top artists such as Cari Lekebusch, Axel Karakasis, Alex Di Stefano and so many else, receiving strong feedbacks by Dave Clarke, Dubfire, Filterheadz, Mark Knight, Just Be (Bushwacka!), Sasha Carassi, etc.This versatile DJ has a great musical repertoire: Minimal, Deep House, Tech House, Techno and Hard Techno. He performed with world-class artists, in the best clubs, festivals around the world (such as in Hong Kong, Berlin, Santiago de Chile, Lisbon, Spain) and for the GATE NULL SHOWCASE at WMC 2103 in Miami, OFF SONAR in Barcelona, etc. In his Dj sets, it's possible to listen to all kinds of influences and styles, but keeping a strong orientation to the dance-floor, full of energy and in techno style: people can't stop dancing!