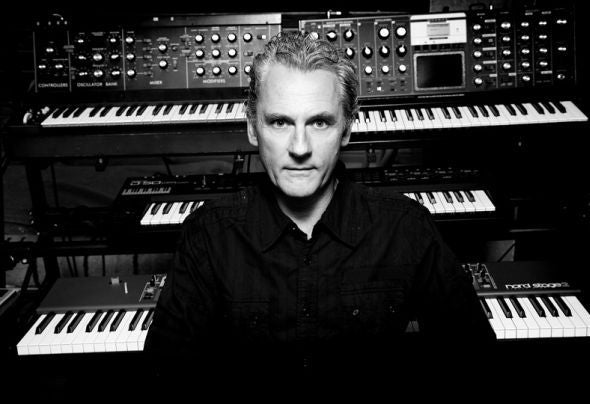 He is one of the most famous Polish composers and multi – instrumentalists, using the newest, electronic keyboard instruments. He is an alumni of the Academy of Music in Poznan (Music College in Poznan). He acquired his popularity on the music market thanks to his bestseller album “The Garden of the King of Dawn” and video clip “Escape From The Tropics”, which were accepted by TV audience as the best clip of 1984. In those times he had already procured his succeeding “Golden Disc” and many concerts in Poland and abroad (he gave performances inter alias in Berlin, Hamburg, Bremen, Prague, Moscow and Kuwait). Moreover, he was awarded the first prize for the most popular multi-instrumentalist for five consecutive years (1981 – 1985). For the next 4 years (1986-1990) he was a lecturer in the Academy of Music in Kuwait. At this period of time he created compositions with Arabic influences. The most well known composition in Poland that emerged from this period of time was the symphonic fantasia “Faces of the Desert”. This composition was supposed to be used in the celebration of the 30th anniversary of Kuwait’s independence, but the Iraqi invasion precluded realization of the event. After the Persian Gulf War, the “Faces of the Desert” (which was visualized by photos of artist-photographer Jacek Wozniak ) represented Kuwait on the Global Exhibition EXPO’92 in Seville, Spain. After returning to Poland he regained his place in instrumental music. He transferred his earlier albums to compact discs. In 1994 he produced a new CD called “The Child of the Sun”. Inspired by his music, choreographer Ewa Wycichowska created the ballet called “The Child of the Sun” which was performed by the Polish Theater of Dance. The premiere of this event took place in The Great Theater in Poznan at the end of November 1995. Among other performances, he presented a recital called “Music Tales” for TVP2 (Polish TV Station 2). As a composer, musician and juror he often takes part in radio and TV programs. His music appeared in cinema and television films (inter alias “Friend of Merry Devil” and “Close encounters with Merry Devil” directed by Jerzy Lukaszewicz.). Likewise his music was used in “The Wheel of Fortune” quiz show, in the Gala of the Polish Phonographic Industry Awards – “Fryderyk’96″, “Fryderyk’97″ and on CD-ROM discs in Poland and abroad, mainly in “The Minden Pictures Collection” in USA. In collaboration with another composer, Wojciech Trzcinski, Marek Bilinski had written a music for a drama, “Brother of Our God”, written by Karol Wojtyla – Pope John Paul II, and directed by Andrzej Maria Marczewski.