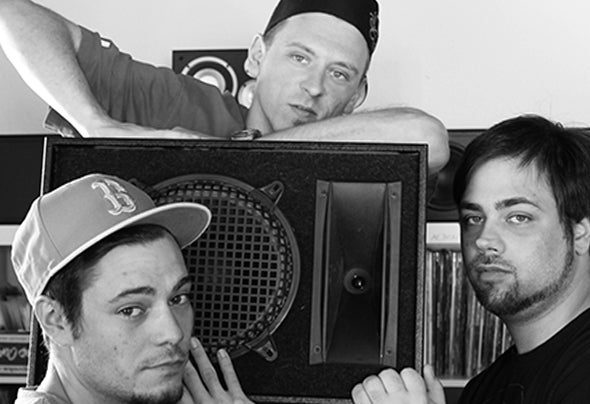 IT´S ALL ABOUT THE ROOTS, THE CULTURE AND THE URBAN LIFESTYLE VEGAS HOUSE is a Producer/DJ TEAM run by the three german DJs - Harry Rockwell - Beat Joe - Scott Summers. The basis is their self-produced Hip Hop and Reggae-influenced electronic touched Urban Music … punshy beats, heavy bass and a lot of DJ Skillz squished into songs that will get ripped apart and rearranged between the old scool , the present and the future sound… Why is Vegas House different ?!… There is a lot of productions, features or remixes the guys do, and they put their own flavour into different part of sounds. But their roots and culture its all about that they want to deliver the maximum. For all people with headpohnes in their hearts, all urban street lovers and subculture heads. This is Vegas House - 3 Djs and One Love - "The Urban Machine" The Live DJ´s: Inspired and touched by the influences from over 250 club shows as warm up, back up or resident for artists like The Pharcyde, Wu Tang, Admiral Bailey, King Kong, Blumentopf, Saxion D'assaut just to name a few, Vegas House tries to find their own twist in the musical world of Urban Music. They also work with artist live on stage, when Vegas House comes to be a part of the Band and comes with their skillz and techniques to set up a powerfull Stage Show. Produktion: In the studio Vegas House works for different artists and projekts. 2010 Harry Rockwell and the Vegas House Crew started running their own Urban Sound Label called SüdMusik Records based in their homebase Nuremberg-Germany.