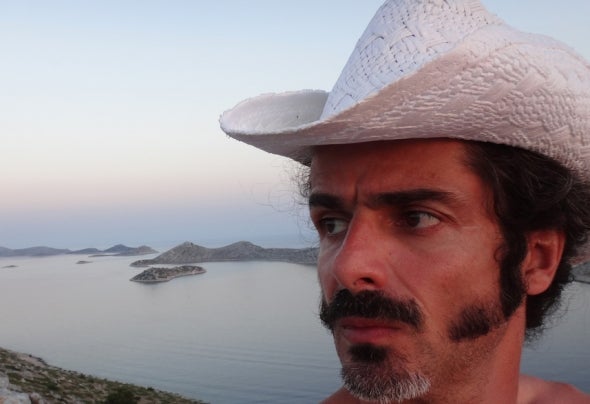 Under the name "Nader" (which is also hes first name) Nader have been DJing for many, many years. Before that, he played in a crossover band called "Bicycle Repairman" (guitar & voice). In 1994 Nader started to spin (DJ) and in 1998 to play live electronic music. Apart from hes own project he had various projects with other musicians such as, “Repos” (keys), “Betinsky” (voice & keys), “Smooth” (voice), and “Dunvær” (guitar). Back then he mainly used vinyl in conjunction with different effect units for my mixing. In 2003, Nader was one of the five initiators of the famous “Dachkantine” club in Zurich. Due to the club’s tremendous success, he was soon completely absorbed with no time to push ahead with my live projects. When, after three busy years, the club was shut down in 2006, he decided to pick up where he had previously left off. February 2009 Nader marked hes first international release, a remix of Daniel Boon’s “Ding Dong” on “BuyYouSellMe” Records. “Rocket Launcher Team” and some other remixes followed 2009/2010 on labels like “Empro Music” and “Muenchen”. Being a technology driving individual, Nader jumped onto the digital & 4chanel DJ movement soon, which took DJing to the next level. Traktor DJ Pro provided the optimal platform for cutting edge DJ, loop, and live performances. Nader’s musical style is generally based on minimal beats, Techno, or Tech House, with some elements of Dub, Melodic or even Pop. Moods range from sweet, sexy, to dark and underground. For the past 2 – 3 years, he have been playing 6-9 times a month on average all over Switzerland and at times in other European countries (e.g. Berlin (Bar 25, Katerholzig, Golden Gate), Fusion Festival, Heidelberg, Barcelona, Madrid, Ibiza, Istanbul). Nader produced soundtracks for TV productions such as, among others, “Mythos Swissair” (SF TV documentary by Fritz Muri).