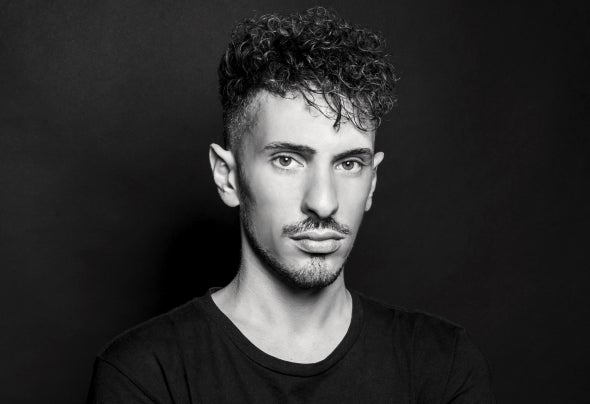 Franz Costa was born in Italy and from an early age proved to have an innate gift for music. At age 12, he began studying guitar at the academy. Also when He was 12 puts his hands on a turntable, it was love at first sight! He immediately started to practice with scratch and record his first mixes. Within a year he bought a console and has already planned to be a producer. His first productions, characterized by a Dance sound, made him immediately famous in the hinterland. But it is only the beginning!At 16, his first exhibition in a club and a year later, his first single which is also the first sign of his artistic metamorphosis. Franz was gradually defining his personal sound, leaving the rough sound of his first productions and slowing down the bpms to get closer to the sounds of his idols (Paco Osuna and Marco Carola to name a couple), mixing with each other reach his sound.His career continued with ups and downs, releasing a new track each year, up to 2012 the year of his consecration. He released "Yeah" for Avenue Recordings (Mario Ochoa's label) and then, finally, his first EP "Yellow Bag". In the same year he released on Adverso what can be considered his most successful single "Musica Maestro" who was a resounding success and is played by the best DJs in the world. 2013 begins on the wave of success of the previous year. He accords with Patent Skillz which publishes the single “Don't Bump”. The second part of 2013 he is the protagonist of three releases on Jekos Lab, Azul Tunes (his own label) and Habla Music, "Borracho" played by Marco Carola at the closing party of the Music On @ Amnesia, Ibiza. The “boom” was with ”Random Dialogue" played for many months by Marco Carola that put also into his Winter Music On Podcast, and remix of “Dubtechie - Hypelow” played also by Marco many times in his set, consecrate Franz one of the youngest and most talented producer in Italy.From 2016 he’s one of Solid Grooves resident dj. So, Music speaks more than words.