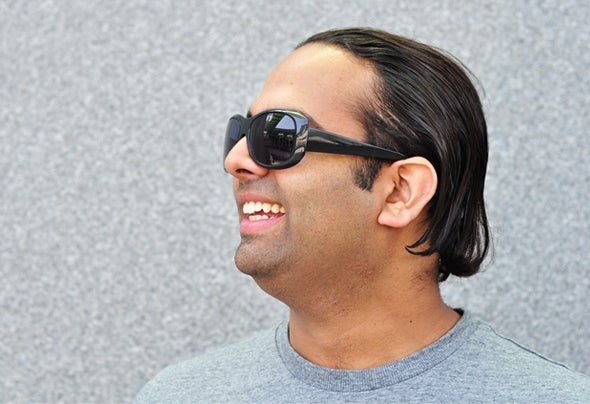 “Amazing”...is the only way to describe the performances of this magician of the turntables, this tamer of the nocturnal animals of the dance floors. Excitement and effervescence are part and parcel of all his performances because Majed has actually been perfecting his art since the age of 12. He has taken the time to work on his technique and programming and no longer has any hang-ups about mixing electronic music, in particular progressive house and tech house. Majed has been DJing at numerous events since 2001 and in 2005 he was approached to take up residency at the mythical house club Le Phuture in Compiègne (France), a gig that lasted for four years. With this wealth of experience behind him, in 2009 he decided to join a new house club, the “Antidote Café”, in Amiens (France), as resident DJ. There he was able to set the local weekends on fire in the company of Sébastien Jull and had the pleasure of bringing along a host of new guests, including Laurent Warin, Miss Roxx, Serom, Miss Gwen, RVB, Alex Da Freeze, Kmal, Mani, Etienne and many more... In parallel with his club activities, in 2006 Majed moved into dance floor remix and bootleg production with tracks broadcast by radio stations in northern France (Galaxie, Contact). He also mixed his own sounds on Ableton and produced tracks in the progressive house and tech house styles, following on from his sets. His tracks are available for download on Beatport. In 2011, Majed set up his own label, “L’Ecurie Electro”, in order to bring together the producers he had been working with regularly and to share his musical world with an audience that had already been won over.