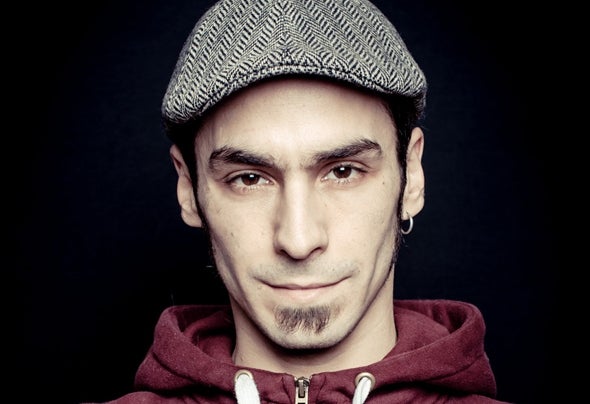 BIO ENGLISH (short version)Francesco Ballato, former breakdancer and now known as DJ Fran-G, has been an activ part of Basel's night life for more than a decade now. It all started in the year 2000, when he did not only host parties in cozy clubs, but regularly performed as a DJ there, too. Since then his career never lost momentum. Events like "tek-lounge" and TONSTAU (Basel 2004-2009, with international line-up) combined with his musical talent led his name to be known across the borders; and from 2003 on he became a well-booked DJ in Freiburg, as well.Since 2010, Francesco runs his own little party label called "conaction" in proper style in the Afterhour Club Le Saxo in Basel. With his grooving sets he transforms dancing crowds into celebrating masses and has done so in Basel, Freiburg and even regularly in the Tresor Club, Berlin (+4 Bar).But long before that, since 2005, he worked eagerly on his own productions in a constantly growing studio. His first release was in a Remix Contest (September 2010) and slowly but surely, the rewards for his constant musical devotionseem to become clear. So watch out what Francesco will have in store for you in the future.Nadine Sohns (Feb. 2012)