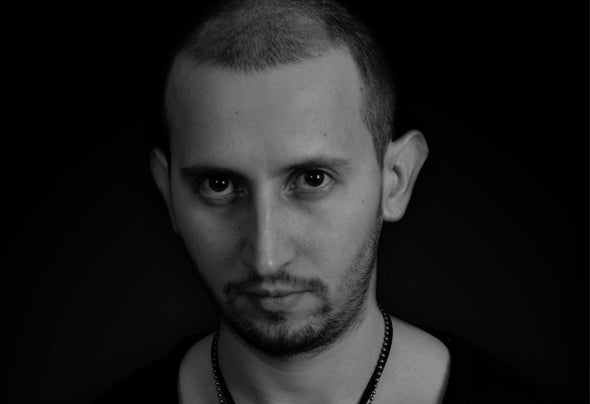 Viorel Dragu 29 years, Buzau - Romania .Music genres Techno and Tech House.Started to learn the basics of playing and producing electronic music, about 8 years ago.Shortly after started mixing in some small clubs and bars in Bucharest and had several guest mixes on different radios , the most important was Vibe FM - Vibecast Sessions in January 2011 .In the summer of 2012 went to Ibiza and became one of the resident DJs at Café del Mar and Bar Bay, but also had other places where he was invited to play, boat parties and private parties such as :Viva Bar Ibiza, Kanya , Hotel Es Vive , Storm Boat Party Babes , Kilties Bar.In winter of the same year he worked on some projects and had several parties in the country.In the spring of 2013 was able to have his own weekly radio show on Vibe FM , titled " Ibiza Vibes " .On April 21 he was back in Ibiza and he got a Radio Show in the UK , Reel House FM , which broadcasted live from the island (audio and video) . The weekly radio show was transmitted from Kanya Ibiza.In the 2013 season he had several locations where he played, many of which are very popular on the island :Café del Mar Ibiza , Bay Bar, Café Tulp , Entice Bar, Kilties Pub, Club Hush , Traffik , Viva Bar, Hotel Es Vive , Ocean Beach Club, Kama Sushi , Kanya .In 2014 started another great season with parties in Barcelona and Ibiza. From Ibiza Global Radio, Hotel Es Vive Ibiza, Hotel Santos to Savannah Ibiza, Sushi Mambo and Sankeys Ibiza.In May and July he had 2 releases on Natural Rhythm Label and more to come by the end of 2014.