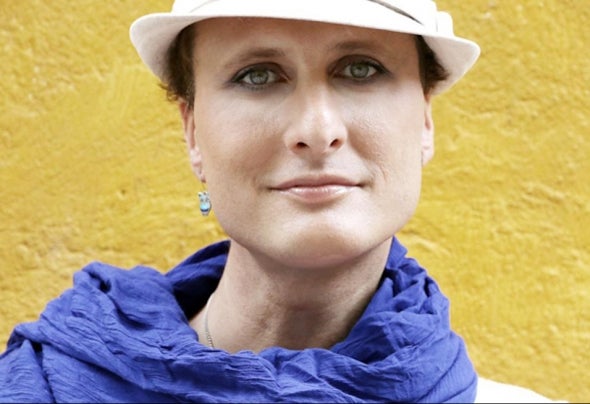 Martina S, Italian transsexual, producer and dj, she began her musical studies at the age of 10 years in Milan, studying music theory and guitar, deepening her music education in the next 3 years with other musical instruments like bass and drums. From the age of 16 she plays in different cover band with varied styles, going from funk to rock, blues to metal.She enters in the world of electronic music in Milan with the name "DJSpurk ", starting with a house sound, playing in several clubas "Codice a Barre", "Before" and "Borgo del tempo perso" between 1999 and 2005.In 2006 she changes her style passing to a more underground sound like deep house, tech house, minimal and techno, sounds that Martina has definitely developed in Barcelona, where she lives since 2006, and where it starts to play in theafterhours Area 22 (Poble Nou, Barcelona), creative space directed by Fabian Andino and Piturro Benassi.Appreciating and deepening new techniques and new sounds through the friendsDJ Herr, Two Faces and Turko, Martina enters in the groove of Barcelona during the parties "Code" organized by the label Fakeout-BCN! at Espais Actual d'Art (Barcelona, 2009), presenting her new musical evolution.In November 2015 she finally begins her transition from man to woman, using proudly her name Martina S. In October 2016 she signed for the English label Sound on Sound Records UK. Always in October 2016 one of her DJ set was broadcasted on the German Radio "Strom:Kraft Radio Techno CHANNEL", STROM:KRAFT is claimed to be the most famous independent underground electronic music station in Europe! Continuing in exploring and studying new sounds, all that she is always looking for people enjoy 100% of the groove transmitted by her sound, respecting the taste that the public needs in every moment of her dj sets.