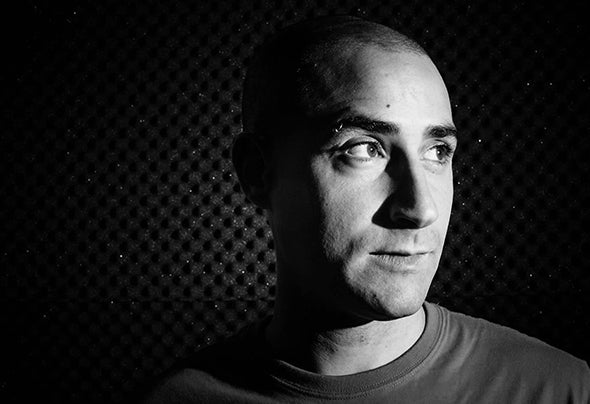 Dj and producer from Granada (Spain). His first active contact with electronic music was around 2005, when he acquires his first Technics turntables influenced either for vinyl format and for Groove and pounding techno back in the days. In 2006 he starts to play at some private parties and local venues where he was residing. Nowadays he's co founder of 2 labels such as Rattle Records and Undelivered Records. Having more than 30 digital releases among original mixes, remixes and collabs at some big labels such as Intuition Recordings PT , Unaffected Rec , Hypnohouse Trax Rec, Infinitech Rec, Invicta Rec or Phunkation.. And, of course, his own labels.It has already been on sale since October of 2016 its first reference in vinyl, in collaboration with JCortes remixing to Andy BSK for the label Kickmasomaass Records.Having played 2 times outside of Spain, 2015 at Viseu (Portugal),and 2016 on his visit to London for the Shadow People launch party at Club 414, where he was the headliner. And four times outside Andalucia, Ceuta, Barcelona, Madrid and Ciudad Real, is in Andalucia where he can be outlined, Almeria, Malaga, Córdoba and in the full territory of Granada. Special mention to his quiet often visits to Industrial Copera or the massive festival Circus Nation in 2012, also playing along with the very best techno artists just as Ben Sims, Cristian Varela, Dj Pepo, Misstress Barbara, Ken Ishi or Pet Duo among others. Devoted to his own style and mixes as much in vinyl like digital, he keeps delivering proper techno with a lot of groove and seriousness so that the dance never stops and the dancefloor always stay warm enough.