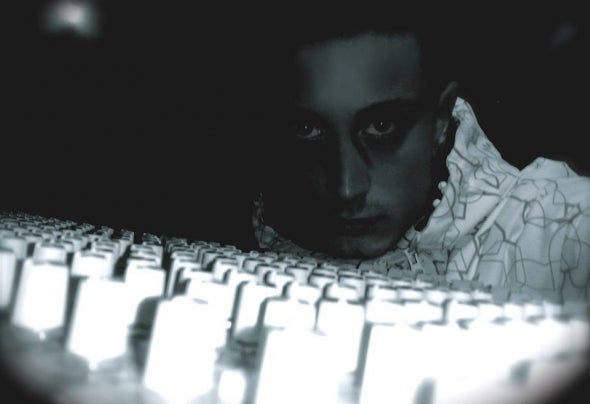 Yari Greco coming from a family of artists, as it regards painting and craftsmanship, he discovers the art of the music at 9 years old, so becoming his passion and has been active on many fronts since 2002.Influenced by a city that breaths industrial strength, he gradually found his way into creating an unique dark sound, with a mixing of psychedelic and acid frequencies, which lead him to the forefront of the European techno scene.Yari Greco debuts with major and historical Portuguese labels like: (Kombination Research and Naked Lunch Records) with an industrial sound.He has been called to perform at the festival "Enox Djz" at Sala Pagoa in north of (Spain) near to (Pamplona-Bilbao) as special guest and in differents important events. He creates an intensive connection, communicative and direct with the audience during his sets.Over the years Yari has worked so hard and spending many hours in the studio and putting out music on the label Scena_731 Recordings, like artist director. Currently is working on respected labels such as: Kombination Research Rec, Green Fetish, Reloading Rec, Impact Mechanics Rec, Illegal Alien Rec and many more plattforms.