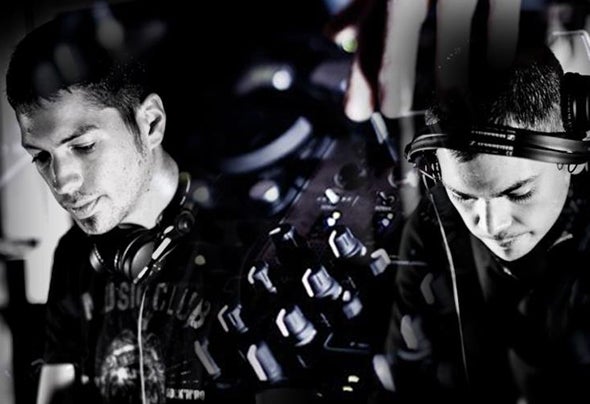 When the first techno sounds came to the ears of the brothers Jörg and Ralf Swoboda in the middle of the 90s, a very special and close relationship towards the electronic music arose, which had to last for a long time. During the following years, the interest for this kind of music and its scenery continued growing unceasingly. Since 2000, discs were put to spin and in 2002 the brothers launched their own musical productions. This special relationship towards this type of music makes it possible that at the beginning of 2008 the first results are earned: The Swoboda brothers signed their first contract with the Label "Lucky Sounds". This was followed by the first official release of "The First" under the sub-label "0815 Records" in August, 2008. Shortly before this, they have the opportunity of making a remix of a track of Lars Schneemann, which was presented through Lucky Sounds in June, 2008. Other assignments like this followed. But to produce their own music is fundamental to them. In October, 2008 the "Acensor" -integrants went through their first acid test: they presented themselves at the U603011 Club in Frankfurt, where they produced a good impression. Certainly, this presentation would not be the last one. Through Lucky Sounds they became acquainted with L.exx Aurel. From the beginning they established a good relationship with him and he integrates both into his group and from the beginning of 2009 they promote and celebrate together the series of events titled "Verhaltensgestört". With their second release "La Parranda" in March, 2009, Acensor, with its track of the same name, got to convince in different countries of the world and made the achievement to reach the Club Charts in USA and Canada. This track finds its way to the disc stacks of some renowned DJs like Frank Garcia and Ricardo Villalobos. Besides, in May, 2009 the two young brothers make presentations in different official Gigs in Guatemala, Central America. The orders of new remixes turns more exacting each time. So much, that in the summer of 2009 they make the remix of the track "311" of L.exx Aurel "Jupiter" for Groovemagnet and finally the remix "Libertè" of the well known DJ Peter Latino, which became a hit at the clubs. In May, 2010 the third release "Stomp EP" came out with 5 technoid tracks which found great admiration and support on the side of several also well known artists of the hard techno sort. There followed other presentations during that year, where they played together with DJs like Felix Kröcher, Ida Engberg and Frank Kusserow. At the beginning of 2011, the two brothers of "Acensor" played during the event "Hard Impact" at the U60311 Club. Shortly after, in March 2011 the fourth release "Headshot EP" appears. The hard obscure sound of such received feedback of John Selway, Spark Taberner, Logotech, Larix, Patrick DSP and Subfractal, among others. Added to this, they played this year at the last presentation of "Verhaltensgestört" and at the event "It´s all about Techno". Through their friendship with the owner of the Frequenzbooking Agency, the two Swoboda brothers became integral part of such agency in October, 2011 and form that date they can be hired through the same. At the same time, the new promo "Transportation EP" comes out, which will be released next November 17, 2011. The experimental tracks have found acceptance and have been supported by several well known DJs. Presenting themselves in sceneries, the brothers enjoy the "Techno Feeling" in its totality. They animate and delight the audience with their exceptional sound. Primordial part of this, is to know how to set into motion different effects with which they mix minimal beats, industrial rhythms and strong deep sounds that lead to a technoid, stimulating and total hypnotic state, which makes that the dancing frenetic multitude goes completely crazy.