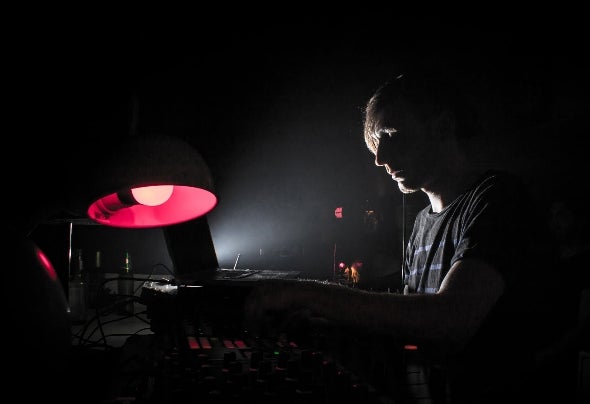 /Label/Drumcode, Kanzleramt, Get Physical, Driving Forces, Cronlog, Leutral Recordings, Whirlpoolsex Music, Definition Records, Thorntree (ZYX), Synergy Networks , Black Groove Recordings/BIO/Rocco Caine is definitely an art obsessed producer/DJ, who knows, maybe one of the most art oriented in the German electro and techno scene. His passion for all kinds of artistry started to appear very early in his life, with the main interests being painting, sculpture and above all, music!As a kid, he enjoyed playing different instruments, but soon discovered the power of computer-aided sounds. This discovery changed everything, from there on, his focus was on getting to know the different genres of electronic music, experimenting with new sounds using all his creativity, musicianship and mixing it with a natural sense for trends. It didn't take long for him to find his own path and style, a style unmistakably inspired by the techno sound he loves most. Never lacking in enthusiasm and perfectionism, he pushed himself to go a step further, deciding to learn about the techniques and technologies that go with the production of sounds and tunes on a professional level. Giving birth to an amazing and absolutely unique mastering technique that from then on will become part of his work, the Rocco Caine sound was born!The result of that new challenge is clear, every single track manifested by Rocco Caine is recognisable not only by his Cainish style but a clarity and precision that retains the deepness and intensity of his frantic bass lines, whilst still transmitting the heaviness of dub and techno beats!The sound he created has a constant growing number of fans in front and behind the mixing tables, that has led to really interesting projects with great names of the German and international scene.DJing has always been a passion for Rocco, utilising 4 decks to fulfill the desire of endless nights of dancing, taking the night owls on an amazing journey through music.He consistently delivers sonorous effects and experimental rhythmic breaks that melt together with lightness and virtuosity, inviting everyone to an odyssey in the meander of light, sound and darkness.But above all, what makes Rocco Caine unique is his modesty that he’s never lost over the years... his philosophy is and remains quite effective: Don’t fly too far up,but go as far as you can and if you can even a bit further...!