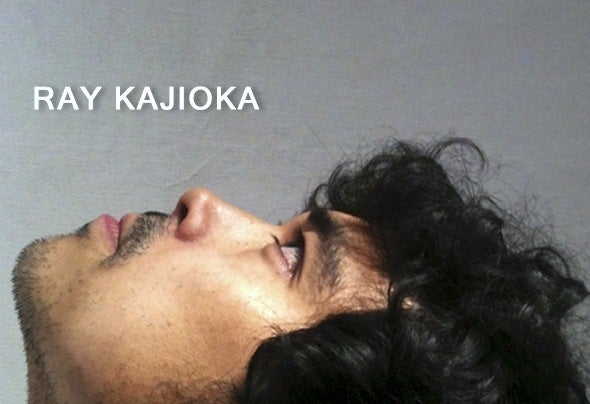 Ray is a german techno-producer, DJ and live performer since 1995. He is well-known for his work on Kanzleramt Music, Rotation Records, MakTub, Muller Records, as well as his remixes for names like Dave Clarke, Pawas, Joel Mull and Beroshima.A distinguishing and striking aspect of his music is certainly the warm spheric and impulsive sound, which is constantly present in all his productions. Ray's live and DJ- performance encompasses all the elements of today's modern Techno-NuHouse, but has its feet firmly planted in the roots of the Detroit-vibe. "The typical Ray-sound!", as some call it simply, is appreciated all around the globe and had taken him to events in Japan, Russia, The Netherlands, Poland, Belgium, Lithuania amongst others.Born and raised in the small city Lutherstadt Wittenberg in 1980, Ray already as a child had fun to jingle on each object around him that sounds. His mother gave him his name from the Soul and Jazz-legend Ray Charles, like she had already kown his affinity to music before birth. “Ive felt music in me at all times and wherever I saw a piano standing around, I just couldn't resist touching it". He even sometimes stole his mothers cooking pots and plastic bowls converted into drum sets, which he used to play with, while music shows were running on TV. For Ray's parents reason enough to get their lively junior finally a real instrument.Ray first began to play melodies and chords by ear on his Yamaha Keyboard, at age fourteen. A year later he attended the music school in Wittenberg and played classical music on piano, but it didn't last more than six months. The lessons were not interesting enough to keep Rays attention up on it further. He rather followed the fun of playing keys of catchy songs like “Big Fun” (Inner City), or “Slave To The Rhythm” (Grace Jones). Also movie soundtracks like the “Axel Foley Theme” or the openings of “The Cosby Show” had been one of his faves. Hardly a day went by that the musically teenager wasn't sitting in front of his Yamaha, playing variations and creating new patterns. After getting into more gear and a computer into his studio-setup, Ray discovered his fervidness spinning records while hanging out with friends. They already shared some records, turntables and a mixer at this time and invited Ray to one of their sessions. “The fun mixing vinyls had cought me rapidly at that moment and I thought instantly: wanna have, must have!!!”This initiated his DJ-career, first playing on few regional parties, but shortly after he became a Resident-DJ (1997 and 1999) at the former Oxyt Muzikclub. "For me Oxyt wasn't just the venue where I did the warm-up or was finishing nights, it was my gate to the world of clubbing."In 2000 Ray Kajioka joined the Electronic Music Club "Global Village” in Dessau, where he supported the nights with impressive live and DJ-gigs as a resident DJ. During that time he signed on Muller Records and did his first release "Ichi-Ni-San-Shi". The record went quite successful and Ray is still receiving responses on it today. Further releases appeared on Muller, Television as well as on Dave Angels' worldwide respected label Rotation Records. This triggered more requests and Ray got booked to established clubs (Distillery, Achtermai, Tresor etc) and events (Melt Festival, Time Warp, Summer Spirit etc) in Germany. One day in 2004, one of Rays demos landed on Heiko Lauxs desk. The head of Kanzleramt was impressed with his work, so he consequently invited Ray to his office and studio in Berlin. The now Berliner had been releasing on Kanzleramt Music ever since.Earlier this year Ray Kajioka produced the track "Rayo De Sol" for a Various Artist release called “MakTub Essentials Vol. 2” on MakTub Music, India/ Ururguay.Recently he remixed the new Indian producer Pawas with his track “Romeo” on MakTub Music, New Delhi, India, followed by two more remixes of “Pfung It” for Pawas on Ostwind, Germany, as well as a mix for Norbert Honkisch “Rainfall Of Happiness” released on NH Recordings.His upcoming release “Sparks” will appear on Kanzleramt Music on the 30th of September and will be available as 12” and digital.find more about ray in the web on:facebook | raykajioka.com | soundcloud | resident advisor | billionwayz | discogs |