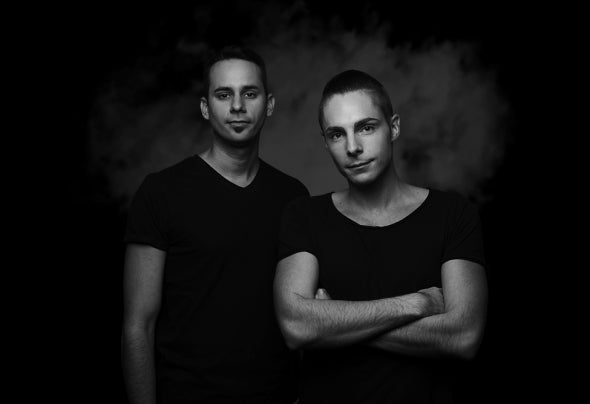 The Budapest based techno duo, SveTec & Nils, has taken a long journey until their current alias as Steam Shape. Both of them coming from a musical background, they turned from the piano to the decks quite early in 2003. Their obsession to the electronic music scene was increasing from the first time as they experienced its true spirit.They started their joint venture in the year 2005, when they decided to launch an event series, which would give them the possibility to express their musical vision on a regular basis. During the years their passion and talent emerged into one cohesive musical project in which they could play together several times.In 2007 they decided to experience different musical pathways. In this important term both of them gained success of their own goals as they played in the most important and determining venues in Hungary and abroad as well. Their contribution to the local scene was always remarkable, which was an important part in order to rebuild its strong basis.Although their sound has continuously evolved during their career, they always remained true to their roots. As a result, they found the year 2012 a perfect timing to reunion and set in a long lasting new venture, where they can apply all of their practical experiences that shaped them.In their DJ sets they are aiming extraordinary performance with 4 CDJs, 2 mixers and loads of external gadgets in order to provide their unique dynamics and powerful sounding. Their style was influenced by techno from the beginnings. They keep up with the newest changes but at the meantime their music retains their original style. As the result of professional precision, strict selection and sorting, and vigorous dynamics there is a unique sound of their mixes.