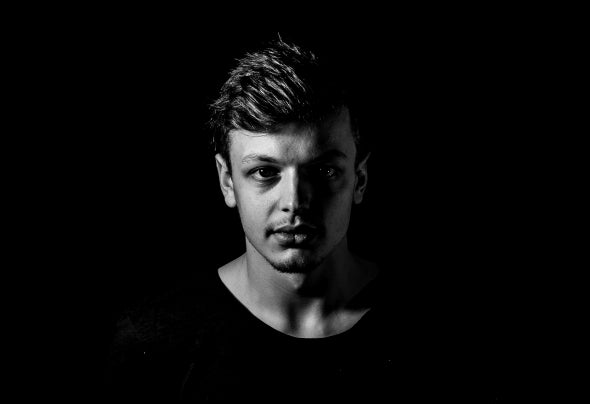 Mike Pipes was born in 1995 in Feldbach, Austria. He discovered the love of music early on when he got his rst instrument at the age of seven. At that time it was a clarinet, but two years later he started with the drums, which later became the foundation for his techno career. At the age of 15, Mike thought his future would be gangster rap. With his former buddy Fabian aka Zeus aka Sheephead he recorded some tracks, which were never released. At the age of 17, Mike was towed to his rst techno party, where Sam Paganini was the headliner. And although he had absolutely nothing to do with techno until then, he fell in love with the whole genre when the track rave was played. After three years and more than 100 visited techno events, he and his best friend decided to start their own event series called Techno- Gramm. Since then, Mike has played live on over 40 events and has planned and co-hosted 20 of them. In 2018 he met Danny Fontana, his future mentor. Through him, Mike achieved his rst producer skills. He also helped him to his rst international contacts and his rst ocial EP, which will be released in April 2019 on Hi Tek.