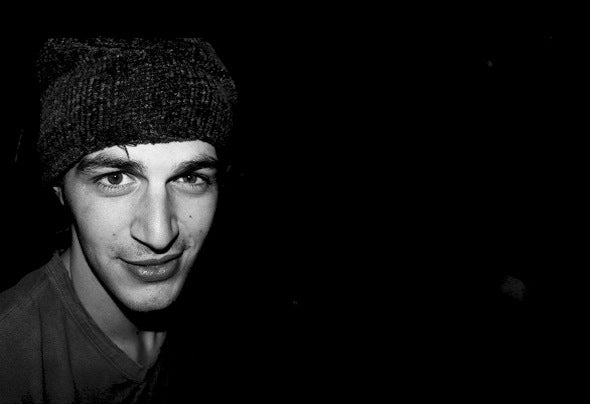 Tommy Fly was born in Siena in 1990 ... Eclectic DJ who likes to guide the audience through various musical genres as if they were colors that create a big rainbow of sounds. His sets are full of energy involving the "music" in all its globality, just enough to make crazy the dance-floor! Thanks to his eclecticism and the careful selection of music Tommy begins to emerge from the fray, starting with private parties up to important club. With the passing of time his name begin to appear on the flyers of the most popular club of Tuscany like Kama Kama, Frau Marleen, Palace ... He take part in events with world wide famous artists: FRANCESCO FARFA, RADIO SLAVE,MONIKA KRUSE, LAYO & BUSCWACKA, MAGDA, MIKI THE DOLPHIN, STEFANO NOFERINI,SEBO K, STAR MATT, DANIEL RAJKOVIC, HOBO, IDRISS D, MARIO SCALAMBRINI, EMIJAY... and more! Also very active as a producer, his productions have been released on various important labels such as Footlovers Music, Ready 2 Rock (Frequenza Records), Takos Records and many others getting the support from Dj’s of national and international reputation! His track "Acid Beat" takes part to the compilation “Ilove techno vol.1” (Muenchen rec.) together with productions of artists like Joris Voorn, Mistress Barbara, Laidback Luke, Shinedoe and others ... From 2009 Tommy starts to work in close contact with the project of absolute artistic value "FARFASOUND Entertaiment"! In September 2010 he starts to organize the "FLY WITH MUSIC" party, in which Tommy expresses his concept of music at 360 degrees! In March 2011 his production "Just ComeBack" was released with a remix by MIKI THE DOLPHIN & SONARTEK. The original mix of the track was supported and played by John Acquaviva in his official radio show! In May 2011 he founded his own label “BACK Records” as a platform for him to express his vision of music. Some of the on going project are in collaboration with some of the most important producers on the electronic scene.