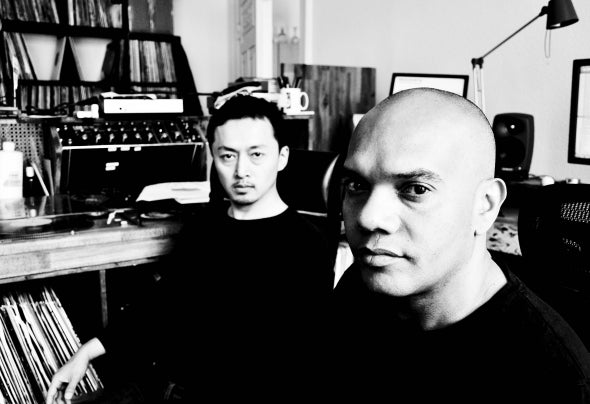 Jerome Sydenham and Hideo Kobayashi first embarked on their joint musical adventure at the dawn of 2007. That winter, they retreated into the isolation of Hideo's studio deep in the Nagano mountains of Japan. Since then, Jerome has been leaving elephant foot-sized imprints on the current Techno circuit, with his name appearing on everything from a set of double EP's for Drumcode, to reinterpretations of timeless classics such as Derrick May's seminal 'Strings of Life'. Hideo has continued his role as one of Japan's leading ambassadors of electronic music. Together, they have carved gentle trills through the technoid vibrations of their music, which have caused dance floor pandemonium throughout a myriad of international festivals, venues and basements. Once again, they have teamed up for another self-imposed studio quarantine, albeit this time in Jerome's current home of Berlin. This Summer they spent several weeks crafting the next chapter in their ever-evolving Nagano Kitchen project. The fruits of their labor will soon be audible with a new album to appear in 2012. However, It won't be necessary to wait that long. 'Black Panther' - the latest edition to the Nagano Kitchen repertoire - will be released on the 15 Years of Drumcode compilation, due out on November 28th.