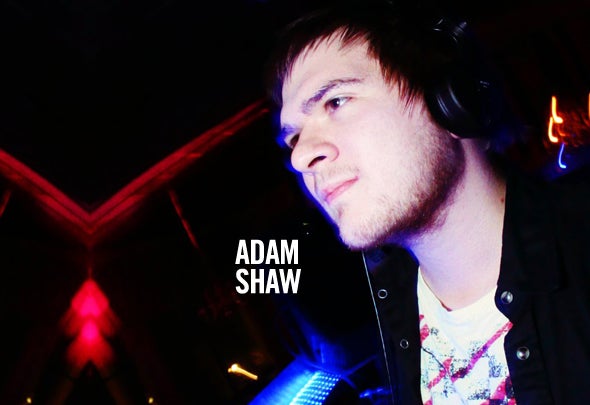 For a long time in 2007, the anonymous artist behind ‘How Pretentious’ was supported by John Digweed, Josh Wink, Dubfire, deadmau5 Nic Fanciulli and Mark Knight. Word spread the Adam Shaw was behind it and Adam’s name was on the tip of the top guys tongues. Keeping the original work coming, Adam was approached by deadmau5 to remix his single Alone With You. The project was completed and described as Adam’s best work to date – early support from Pete Tong, Sasha and Laurent Garnier is testament to his superlative production skills. Adam’s follow up on PH Zero was ‘How Pretentious’ and support was unprecedented. The track was played by Pete Tong, Dubfire, Deadmau5, John Digweed, M.O.D.E., Mark Knight, Nic Fanciulli, and every other major a-list dj, and Adam was suddenly inundated with remix offers from the biggest labels in the industry. Since then Adam has released a new EP on Mau5trap Recordings, which gathered amazing support across Europe and in the States. January saw the release of Adam Shaw’s Far Cry EP on arguably the leading UK dance label Toolroom records, which he’ll be promoting by playing at a series of Toolroom Knights parties throughout the year. He’s also just started a long term relationship with Arena in Middlesbrough, where Adam will be performing regularly over the next 12 months. High profile gigs this year include Matter at the o2 arena, Toolroom Knights at Ministry of Sound and Air in Birmingham. In March, Adam was awarded the prestigious accolade of Essential New Tune on Pete Tong’s Friday Night Show for “Engage”, his first release on CR2 records. This year’s Winter Music Conference saw the release of a collaboration between CR2 Records owner Mark Brown and Adam Shaw, a cover of the classic 90’s David Morales hit, Needin’ U, promising to be a huge Ibiza anthem. With two new EP’s with Spin Out records on the horizon as well as a CR2 Allstars compilation, Adam will be collaborating with Dave Robertson, James Talk and Tim Weeks in the coming months. As 2009 continues to roll on, keep a watchful eye on Adam Shaw – one of the finest new talents on the scene in many a year.