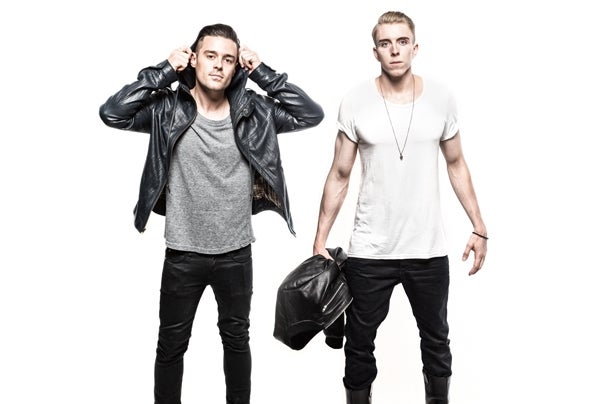 2012 was a defining year for Charity Strike. After having met in Santa Barbara in April of 2012, the Los Angeles-based DJ and record production duo, Mike Lisanti and Philip Scully, better known as Charity Strike, have been on a fast roll, making one beat after the next. In less than two years they've been DJing and producing music, Lisanti and Scully have pushed a new music style out of LA, mastering their 'Big Room Bounce' sound. It's proven to be successful for the duo, having won various contests (Grand Prize winners of the Beatport Remix Contest for Sander Van Doorn's 'Chasin' and the Indaba Remix Contest for Big Chocolate's 'Blue Milk') to having releases on Revealed Recordings, Doorn Records, Monstercat, Dim Mak Records, Cr2 Records, and more!Recently, Charity Strike's remix of 3LAU and Paris & Simo's smash track, 'Escape' (now out on Revealed Recordings) won a place as one of the track's top 3 official remixes, with over 100k+ plays on Soundcloud. With another official remix out on Monstercat Records, a new single out now on Cr2 Records, a partnership with EDM.com, and clocking in massive amounts of studio time, Charity Strike is keeping busy and they are well on their way of filing up their release schedule for the 2014 year.