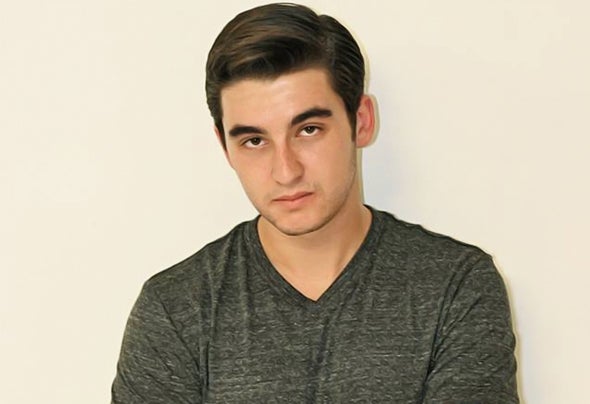 A blend of confidence and courage, a relentless thirst for success and an unwavering zeal for production—these are the traits that make up the core of South Florida native Landis, whose desire to DJ began at the young age of thirteen.In high school, Landis was a music recluse, listening to the likes of Dirty South, Fedde le Grand, Girl Talk, Supermash Bros and Tiesto, rather than the radio hits of Lil Wayne or Flo Rida. He became known as the higschool’s DJ, spinning at local house parties and was awarded the “Most Likely To Be A DJ” superlative.His desire to pursue a career as a producer was solidified after attending Ultra Music Festival in 2009. He was dumbfounded by how the music moved people, and felt that the EDM scene was where he belonged. The week after Ultra Landis bought his first production program,Ableton and began making mashups.Never one to shy away from a challenge, Landis moved to Orlando to attend the University of Central Florida where he juggled life as a college student and as a DJ, expanding his musicality to begin creating original productions.After his production abilities caught the attention of electronic trio Brass Knuckles, Landis moved back to South Florida where he was introduced to other Miami-based artists such as David Solano, DJ Crespo and Robbie Rivera while interning at their studio.Since then, the twenty one-year-old has fine-tuned his structure and distinct sound, a combination of melbourne bounce electro with melodic twists. He began crafting his own unofficial remixes of music by Alesso, Swedish House Mafia, Mat Zo, Porter Robinson and Adele which brought him alot of attention. Practice made perfect and the biggest DJs and producers in the industry started to take notice—Landis was approached to produce official remixes for Robbie Rivera, David Solano and CR2 Records, and his tracks began recieving support by the likes of Hardwell, Showtek, Cedric Gervais, Robbie Rivera and many more. While making waves with his production Landis started to get booked and has opened for the likes of: Dirty South, Hardwell, Adventure Club, Robbie Rivera and David Solano.With a promising future ahead, it is Landis’ unquestionable love for music, his originality and remarkable talent that will aunch him into the ranks with the best.Landis’ future holds many great opportunities to show the world what he can do, no matter that challenge his love for the music will keep him going.“Talent is non existent, it’s dedication and drive that creates success”