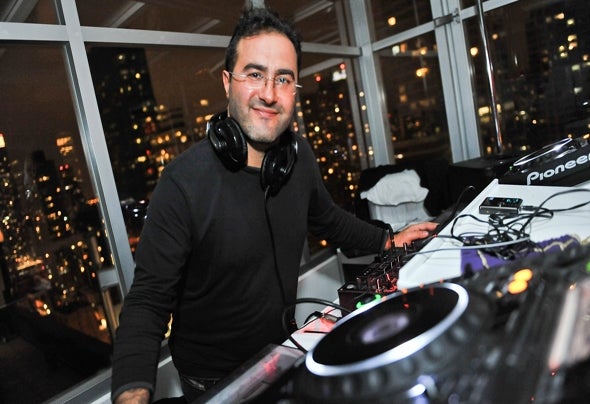 DJ Giulio Bonaccio was born in 1967 in Crotone, Calabria, Italy. He started his DJ carrier in Southern Italy until 18. then started to DJ in many important clubs Traveling from northern to southern Italy, he worked in Naples with world wide renowned promoters “Angels of Love”. In Riccione he joined Maurizio Clemente at “Caus`n` ffect” bringing all the international DJS in Italy and help him to organizing COCA COLA DJ AWARDS AND VOLKSWAGEN DJ AWARDS, bringing DJs like Victor Simonelli, Tony Humpries, Danny Buddah Morales, Basement Boys, just to name a few in the greatest Clubs In Riccione and later across the country. In 1990 he Moved to London but still traveling forth and back in Riccione. During his permanence in London, he worked as a DJ at the “Equipe Anglaise”, Celebrity Club (Onassis,Antonio Cantafora,Brigitte Nielsen, Silvester Stallone and many Hollywood stars uses to hang out). In Late 90′s he produced a series of Hits for Victor Simonelli’s West Side Recordsand Stellar Records such Fiesta and Malandrage that appeared in the Famous Latin Impressions compilations, idea that Giulio had together with Victor .also remix of Let It be Known Feat. Connie Harvey. In 2000 he moved to NYC starting collaborations with Sabrina Johnston for Maurizio Clemente’s “Lift me up” .IN NYC working as DJ at Le Streghe SOHO and Boom with Rocco Ancarola (The restaurant has been a celebrity mecca since it opened in 1992, patronized by such Hollywood types as Al Pacino, Sylvester Stallone, Mick Jagger, Mark Wahlberg, Brad Pitt, Madonna and Francis Ford Coppola/Prince and others .) Tribeca Grand Hotel and Soho Grand Hotel with Tommy Saleh. In January 2011 TOGETHER with Maurizio Clemente ORGANIZED ITALO HOUSE STORY at Skyroom NYC with very special guests like Tony Humphries, in collaboration with the Art Director Christina Visca booking top artists like CE CE ROGERS, HEX HECTOR,Ashford and Simpson,Johnny De Mairo and singers like David Walker, Melonie Daniels, Emory Toler, Vicky Martin and many more .WMC 2012 with Maurizio Clemente organized the TONY RECORDS POOLPARTY special Guests Tony Humphries, Kenny Carpenter ,Jacko,Joanatan Meyer and many more. DJ LIVE SET AT MOMA MUSEUM IN NYC and many more .Giulio is now producing full-time for his own Label Project.