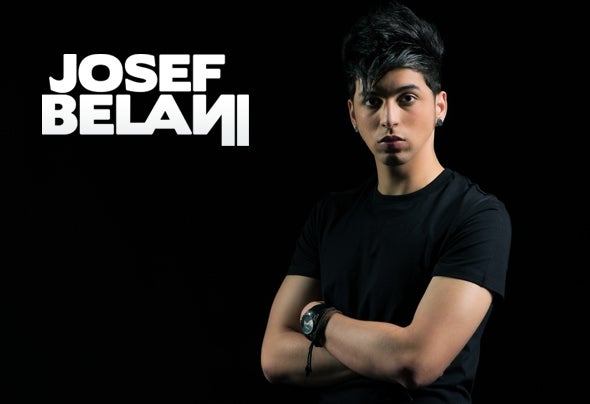 Josef Belani is a 22-year-old music producer and DJ, born and raised in the vibrant community of Catalonia on mainland Spain. It was here where he got hooked on bass, beats and melodies since he first listened to electronic dance music. With Sebastian Ingrosso from the Swedish House Mafia as his biggest inspiration, Josef started to produce his own sounds in 2010. His first ever produced track was championed by no less than Max Vangeli and in early 2012, Josef Belani released his single “One Love” on Roster Music which was supported by Thomas Gold on his radio show and tours.After a busy 2012 of local club shows, 2013 is set to become an interesting year for Josef Belani. In April his remix for Tom Swoon & Amba Shepherd’s single “Not Too Late” went out on one of the biggest EDM record labels Ultra Music and hit the charts after the first day of release.Another huge remix for Mikkas is set to be released on Strictly Rhythm very soon. With his highlyanticipated single release titled “Love 4 You” on CR2 Records due to be released in May 2013 and “Forza” to be released in July 2013 on Steve Aoki’s label DIM MAK we can only wonder what more will come from this new kid on the block. One thing is certain, he is here to stay and for a very long time with his passion for music and his versatile sounds as his driving force. To be continued.