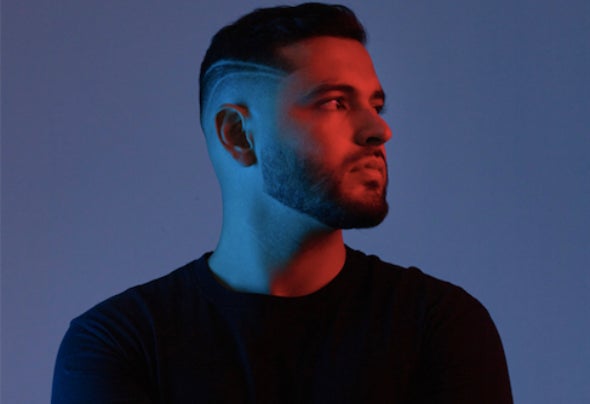 Daniel Amézquita – better known to millions of fans around the world as Colombian DJ and producer MOSKA – already counts a storied career at the very heights of electronic dance music. Championed by none other than Tiësto, from the very start of his musical journey MOSKA was held up as one to watch. Singles on imprints including Spinnin’ Records, Musical Freedom, Mad Decent, Hexagon, Generation Hex, Armada Music, In Rotation, Wall Recordings and Ultra Records cemented that status, as did releases with and remixes for Major Lazer, J Balvin, Luis Fonzi, Daddy Yankee, Calvin Harris, Laidback Luke, Galantis and of course, Tiësto himself. In the DJ booth MOSKA has been equally prolific. Explosive sets have lit up stages at Tomorrowland in both Brazil and its hallowed homeland in Belgium, TomorrowWorld in Atlanta USA, EDC Orlando, Life In Color Miami and Storyland Cartagena among others. His clubland journey is just as glittering. Amnesia and Pacha on the white isle of Ibiza, LIV, Story and Space in Miami, Pacha and Webster Hall in New York City, Avalon in Hollywood LA – the list goes on, and on. As with any artist that pushes themself to grow and stretch their creative muscle, freely exploring their artistic direction, the past year has seen MOSKA’s style transition towards a deeper, more groove-laden style. Drawing heavily from the LATAM influences that surround him, MOSKA’s production as he moves through 2022 has much more of a House vibe, bringing in elements of Tech, Progressive, Afro and Latin House. It’s a direction his fans are more than comfortable with, MOSKA’s music reaching them not just in the clubs and on the Main Stage but now also via his monthly AMULETO RADIO show. 2022 promises new international tour dates and major music from MOSKA, starting with his latest single ‘Mi Tierra’. The three- way collaboration with fellow LATAM artists Markem and La Gurú is released March 11 2022 on Clan Music.