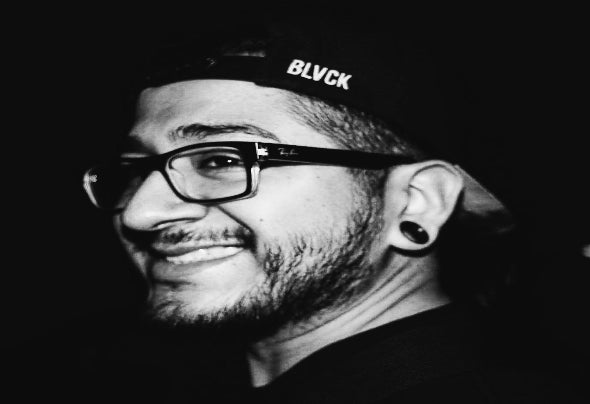 Going against the norm has been FOOLiE’s modus operandi from the start. Having dabbled in producing Trap, Hip-Hop, and dubstep tunes, FOOLiE eventually found his true calling in House music. House really allows him to ex his interest in the strange with tunes heavily influenced by his love for all things Sci-Fi. It’s this afinity for “the strangest of sounds” that landed him his first release on Maximono’s This Ain’t Bristol in late ’17, arguably one of the hottest labels at the time. In short order FOOLiE went from being completely unknown, to releasing on TAB and shortly after debuting at San Francisco’s top clubs for House Music, Audio SF, courtesy of the taste makers at Space Yacht. Since then he has yet to let up on his relentless work ethic. He’s been on an absolute tear adding tracks to his catalogue with releases on labels such as Dirtybird, Trippy Ass Technologies, Box of Cats, Psycho Disco, Main Course, My Techno Weighs a Ton, Medium Rare, House of Hustle, Audiophile XXL, and handful of self- releases. In addition to this he has enjoyed the regular appearances at clubs all across the SF Bay Area as well as the appearances he has made in the Central Valley, The Mojave Desert, Reno and Tampa. Despite starting off with virtually no following, FOOLiE’s relentless work ethic has more than cemented his presence in the underground scene as well as made him a staple in the Bay Area scene. Breaking into the scene like he did is no small feat but capitalizing on it and constantly putting out work like he has is something to behold. To say he hit the ground running is an understatement and it’s only a matter of time before his career truly takes off. TAKE A CHANCE