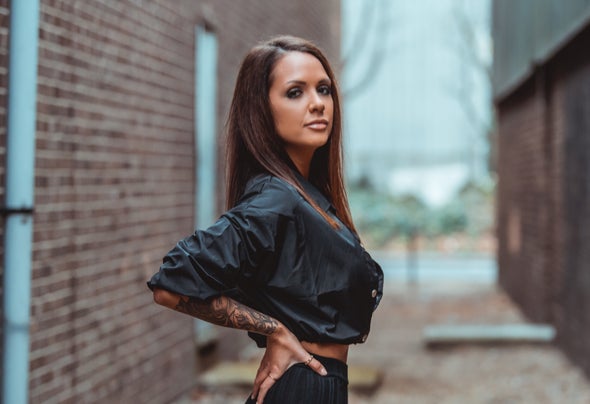 Carly Carmen is one of the hottest properties in London’s clubbing scene. She has achieved an awful lot in a relatively short period of time, playing regularly throughout some of London’s biggest clubbing institutions, including gigs in venues such as Ministry of Sound, Studio 338, Tobacco Dock, Egg, XOYO and Lightbox. As well as establishing herself in London, she has also played in New York, Marbella, France, Dublin, Amsterdam and Budapest to name a few. Naturally, Carly does venture yearly to the mecca of electronic music Ibiza, to pursue her passion further. Carly became a regular for the island’s top parties and has played for well known brands such as Solardo and Camelphat’s night ‘Bodyworks’ at Hi Ibiza, at the Airstream at DC10, Do Not Sleep at the Cuckooland pool parties in Ibiza Rocks Hotel and also at Ibiza Rocks Bar. This summer she returned to play at Eden and the iconic Pukka Up boat party. Carmen’s jetting-setting career has seen her play at well-known festivals such as Terminal V festival in Edinburgh, We Are Festival, Elrow Town London, Snowboxx, Cutting Edge Amsterdam weekender, Budafest and Hifields. Having now dived into the world of music production, Carly’s had some major success with her own tracks with plays on BBC Radio 1 and recently signed her first single to the mighty Toolroom Records! Carly Carmen continues to impress and grow as each year passes by, she’s definitely one to keep an eye out for.