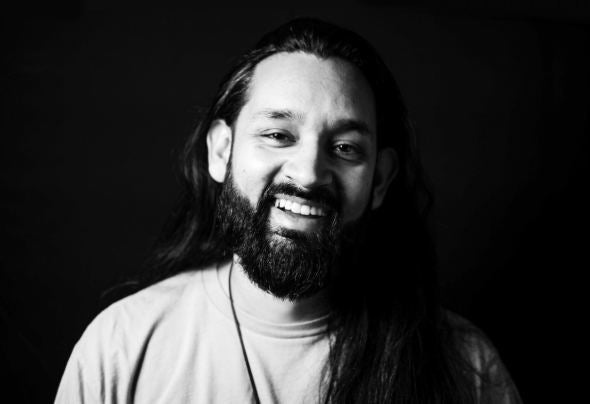 As the Co-Founder of arguably Southern California’s most successful weekly dance music event, Daryl Mallick, “Seek-One” has carved a name for himself in the hotbed of Los Angeles’ thriving electronic music scene. This project initiated, with a singular goal in mind: Establish and maintain a space for local artists to share their creativity with the community. Seek-One’s passion for music grew exponentially, spurring the creation of Space Brains Gathering, the keystone bi-monthly party under the Space Taco Collective, and eventually his own Record Label, Spoon Fed Records, in summer of 2019. Seek-One’s true passion is geared towards beat production and experimenting in his studio. His sound is characteristically dense and dirty with dark vocals, heavy bass, and hard kicks to hypnotize his dedicated “Space Cadets’. Seek’s live performances are seamless, smooth, and sexy. The Space Taco front-man brings hype and raw energy to the dance floor making him a hot candidate for peak-time hours. His label, Spoon Fed Records, has served as an immensely successful platform to continue to establish and elevate artists in his community as well as a beacon of hope for rising DJ’s/Producers. Compilation projects Little Bites Vol.1 and Big Bites Vol.1, which featured his releases, both topped charts, confirming that he made the right choice to start a label. BIG BITES 2020, released Feb 8th, featured 20 tracks, including his own ‘Gin N Tonic’ and held its position in the top 10 tech-house releases on Beatport for two weeks straight. His fresh EP, ‘Movin’ Up’, showcases his versatility as a producer and mastery in the studio. Launch a record label that releases popular productions. Found and operate one of Southern California’s most well-known event companies. Produce music which regularly tops charts – he’s accomplished all of this and more. If there is anything Seek-One has proven, it’s that he is a successful individual with years of experience in the industry to fall back on.