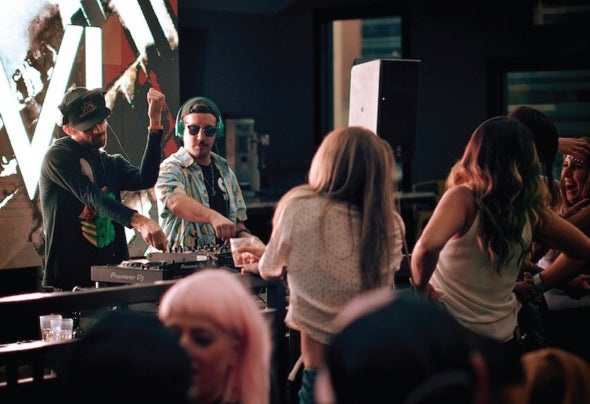 KIVI is a DJ and production duo made up of Alonso Garcia and David Sien from Austin, TX. KIVI is best known for their hypnotic bass and innovative take on the tech house genre. The pair has consistently released unique chart-topping tracks that established their presence as one of Austin’s top production and performance DJ duos. KIVI achieved their first notable success in March of 2019 with their acclaimed track “After Party” being featured on Claude Von Stroke’s legendary Dirtybird Record Label’s Miami Compilation. On this compilation, KIVI stands alongside familiar names like Franklyn Watts, ZDS, Tim Baresko, Steve Darko, Gene Ferris, and Wyatt Marshall. Following KIVI’s first Dirtybird Record release, the duo has continued to release new material with each track entering the Beatport charts while holding a strong position in the top 10. Global Techno Magazine raved that KIVI’s “Let’s Get It” single, featured on Rockbottom Records, is “6 minutes of pure, unadulterated rhythms that are guaranteed to send clubs wild.” KIVI’s track “Dance” was featured on OFDM Records and EDMIDENTITY.com reviewed the track as “a surefire floor-filler shows off the synergy that the artists had in the studio as they wove each other’s styles in a fantastic manner. Featuring a bouncy beat that will quickly infect every listener’s mind and a vocal sample that will leave them hypnotized, this track is one that any house music lover can groove out to endlessly.” KIVI has remained one of the most sought-after DJ duos in the Austin-area and continue to collaborate with some of the largest touring acts in Texas.