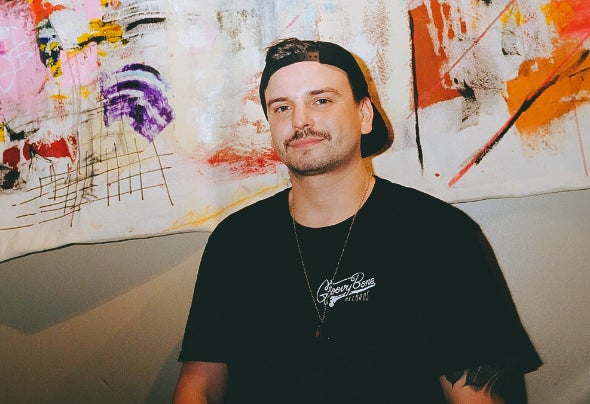 Blissfully fusing together the groove of house, the bounce of breaks and the tenacity of modern bass music elements, the bone-shaking style of Diskull (aka Tyler Davidson) is sure to move the feet of any 'living' bystander in the path of his sound. Since2017 when Tyler created the moniker Diskull, he has garnered releases on multiple industry leading imprints such as Dirtybird, Country Club Disco and Do Not Duplicate. His 'Bodies Rushing' remix released in early 2021 was met with great support, landing radio show plays by CID on Diplo's Revolution, Golf Clap on Insomniac Radio, and UK's Deeper Purpose on Repopulate Mars' Jumpin' Jam Fest live stream. Diskull also started his own record label called Groovy Bone in Charlotte, NC late 2018, which has charted in the Beatport Top 100 for each of its compilations, hitting #1 in tech house in 2020 and seeing support from top DJs such as Shiba San, Golf Clap, and Gettoblaster. It is evident that Diskull, determined to continue creating his own sound and building a loyal following, is set out to prove why he's emerged as one of house music's favorite new DJ/Producers.