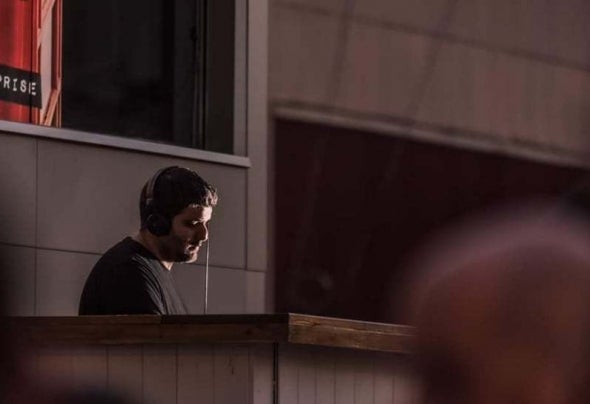 Luis Hungria began his career at age 16. In his career as a DJ he has had long residencies in important venues in the Barcelona and Girona area. They have been some of his residences throughout the 20 years he has been in the sector. In addition, he has performed in many and varied venues nationwide, such as Café del mar (Ibiza), EsParadís (Ibiza) Ocean Drive (Ibiza), B side (Barcelona), Limit (Barcelona), Blau (Girona), st Trop (Lloret de mar), Arena (Blanes), l 'hivernacle (Blanes) are just one example of the variety of sessions that this young but experienced artist has behind him. In parallel to his career as a dj, he has directed several radio programs, forming part of the radio group Marina / Top ten radio (Spain), La megaradio (Valencia) or We radio (Valencia), where he currently broadcasts his R3D CLUB program. There he has worked with important djs.Now is currently producing music, has created and remixed themes with rhythms like house and techno house. His long experience since dj has served to create songs suitable for all the public ones.Some of his productions for the dance floor: Heroes, Go home, Raining in Blanes, I fell for you... He has collaborated with important labels as Shamkara, 73 Muzik, Clipper's sounds, White island recordings, LW. His songs have been played on important radio stations such as ibiza global radio, Who electronic radio, Flaix fm, and many more.