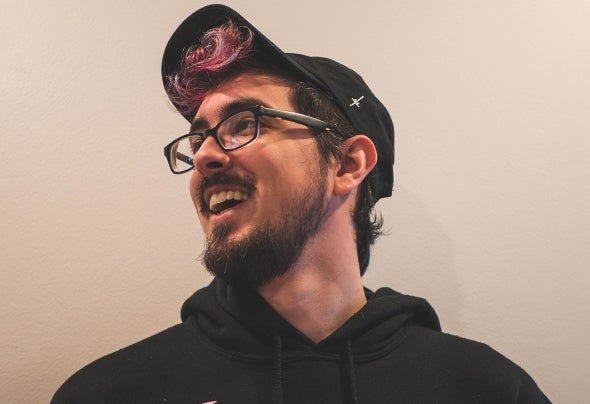 Well, he originates from the drab suburban island flanking NYC, with a decade of production and DJ experience. You might recognize him from smashing rooms of all sizes all across the city, from his prominence in niche dance sub-genre scenes, or from his memetic presence on social media- but that’s not what makes John who he is... Who’s John represents the constant shapeshifting of an evolving artist- sonically, digitally, personally. Who’s John represents not only the struggle as an artist, but as an individual. Some might call it an identity crisis- he calls it the convergence of influences from every sphere of the musical spectrum. Because after all- what are artists but people who push the boundaries of normalcy? What is music but a sonic representation of our identity? Too many artists fall into the trap of sticking to the perception of their image- Who’s John rejects that notion. He rejects the boundaries of genre adherence or “your sound.” Most of all, he rejects anything other than authenticity to his craft, and himself. Whos’ John is more than a moniker under which to release dance tunes. It’s a space to step out of the box and bring diversity to the dance music scene. It’s a place to merge styles from all over the musical spectrum, and from all corners of the globe. It’s a canvas on which to splatter the sounds fighting their way out of his mind. This is where he pushes back against the idea that an artist has to be ‘just one thing’. This is where John shows who he is. With explosive tracks like Lolmoombah and anthemic bangers like Mind 2 It, it’s not hard to see how WJ’s catalog spans the length of what could be considered ‘dance music’. He’s been featured on stages from the legendary Webster Hall and The Brooklyn Mirage, to direct support for genre-bending acts like GTA, RL Grime, Dillon Francis and at parties all over the tri-state and beyond. So, are you ready to find out Who John really is?