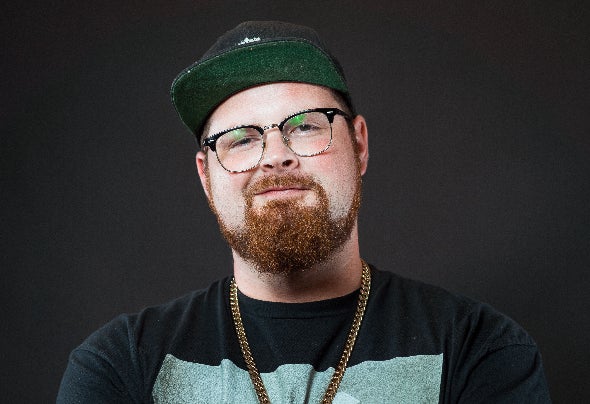 Born Alex Sosinski, Fuzz Worth grew up just outside of Chicago in Northwest Indiana. Fuzz Worth frequently visited the great city of Chicago to see some of his favorite artists perform which inspired him to go out and create his own music. He started out by joining a band with is great friends in high school, which taught him a lot about the musical creative process. After learning how to Dj he was hooked on house music and began producing. After a short while he knew he had to get out of Indiana and get involved in the scene. After moving to Chicago he quickly met the right like minded individuals with the same goals and started playing gigs in the city. Once a year had gone by he met Paul Anthony of Gettoblaster who instantly took him under hiswing and adopted him onto his team and record label We Jack. Since then, Fuzz Worth has been featured on Gettoblasters release on Soup NYC, “Werk Dem Jawz." He also has his first release of his own on We Jack titled “Lake Lorenzo” featuring two club stomping tracks. With more releases to come, he will not be slowing down anytime soon.