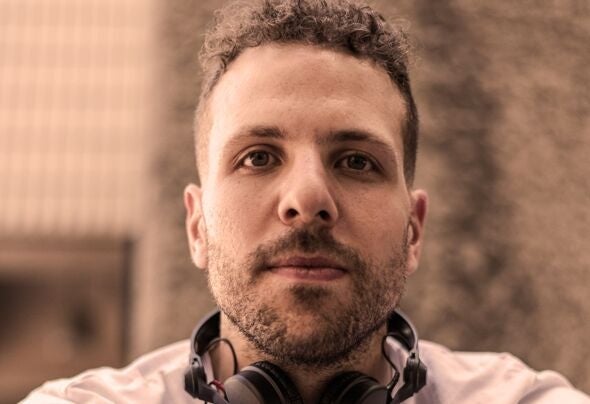 If Gino isn't already on your radar as one of the hottest next-to-blow talents in DnB, then maybe you need a new radar. Recognised in a 2018 Red Bull Music article as one of “8 jump-up artists to watch”, alongside the likes of Limited and Bou, the industry knows that the artist (formerly known as Arnone...and even more formerly known as Rushmore) is set for big things. Starting his musical journey as a drummer in rock bands, Gino's approach to drum 'n' bass music isn't quite the average. Even now, long after his musical outlook was shaken and rearranged by his rst encounter with the magic of the DnB rave, his disparate inuences still echo through his work. It was the 2016 AudioPorn release 'Monument' and the subsequent VIP relick that really put Gino on the map. With support from A-list selectors like Shimon, Benny L and Marky, the sub-genre-twisting track showed off an innate musicality alongside an instinct for bringing straight-up hype to the dancefloor. And that instinct has served him well. Of course, coming from a rock band background, Gino caught the bug for live performance early, and he brings that showman's craft to his deejay sets. His brand of high-energy, multi-faceted selection has seen him light up shows across the UK and Europe, and with some huge bookings coming up including a spot on Benny L's album tour plus many more continental jaunts, the ranks of Gino fans are ever-expanding. With new music set to drop across a myriad of different labels, including AudioPorn, Macky Gee's Down 2 Earth Musik and Mollie Collins' Right Good imprint, Gino's upward trajectory is assured.