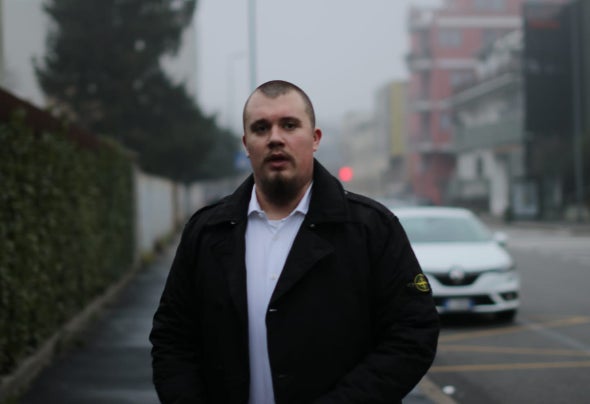 Vush is a producer and dj born in ‘96 in Parma (Italy), the city of ParmigianoReggiano and Prosciutto crudo. Since he was young, the passion for music was (and is) a staple in his life. After he finished the music high school in his city, Vush started to be more popular in his city, and he become a resident in the biggest EDM event in his city (Apocalypse at Fuori Orario). As a warm-up “specialist” (like the guy that fix your computer when you have too much viruses) he had the opportunity to play before some big names in the scene like Tchami, Malaa, Timmy Trumpet, Zonderling, NERVO, R3hab, Quintino and many more... During the following years he performed also at Nameless Music Festival, at Fabrique in Milan before Marshmello and he had the chance to perform 2 times in three of top100 best clubs in the world (Papaya Club, Noa and Kalypso, at Zrce beach in Croatia). Meanwhile Vush growed up also as a producer; in fact in the past years he had some noticeable releases, like the track made with Delayers (realeased by Maxximize Records), or the one with Cyberpunkers. He also had 2 tracks remixed and edited by 2 big names in the house scene, respectively The Cube Guys that remixed “Grande” (a collaboration between Vush and Havoc & Lawn) and Federico Scavo that edited his track “So Sweet”. In the last 2 years Vush released 2 EPs, and 2 singles. In these last tracks you can hear his evolution as a producer.. and as a pokemon (like charmender that become charizard). Now, jokes apart, in december will be released “The Track” on Sink or Swim records, this track is with no doubts the best showoff of all the music skills of Vush, his point of view about the tech-house it’s absolutely clear with this track. So stay tuned, stay safe, follow Vush on his socials and don’t miss this release.