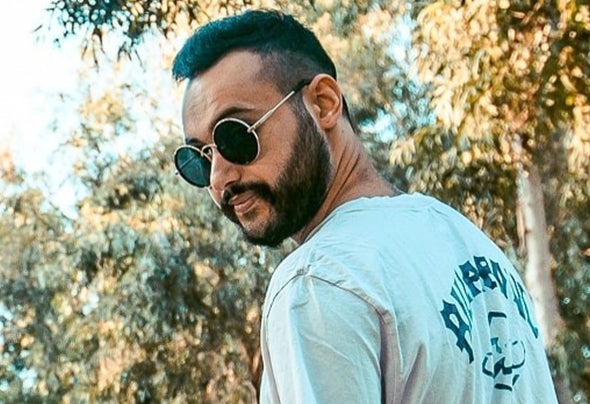 Somewhere from in between the stars, abnormal radio frequencies infiltrate and colonize the Earth’s atmosphere, proliferating an unconventional yet elegant sound. Thus is the philosophy of ToMix. ToMix’s journey begins at the age of 12, mesmerized by a revolutionary new wave of music spearheaded by Diplo and Skrillex. In 2013, he joins forces with Genish, creating a partnership that would allow ToMix to hone his skills and define his early sound. But then there was House music, and House had a groove that hypnotized ToMix to go solo and fully unleash his beats onto the world. 2018 marked his solo debut, where he boarded his Spaceship by courtesy of Gold Digger and has never landed even once: defined by an outlandish and avant-garde sound, ToMix’s alien melodies and other-worldly basslines soon earned him the support of big mainstream players like Marshmello, David Guetta and Hardwell, as well as the respect of scene’s brightest, with Bellecour, Aazar, Wax Motif, Habstrakt and many more praising the Israeli talent. 2020 helped ToMix take things to the next level, featuring releases on Tchami’s Confession, Laidback Luke’s Mixmash Deep, House of Hustle, and more, sporting an enviable repertoire to many like him. A new overlord has arrived, ToMix’s subjugation of your ears is only beginning.